**VIN #WDB12319312010719 Actually a 1982 not a 1980
You can't buy class but you can buy a 1982 Mercedes Benz 300TD Turbo Diesel Wagon! These wagons are becoming more and more desirable and collectable. Runs and drives reasonably well for its age. Brand new brakes. Tread life on tires 80-90% left. No rust, west coast car. Driver door had a crappy repair by a body shop a few years ago so will need to be redone at some point. Power windows all work. Heater works. AC probably needs to be charged. Rear seat has a large rip in seat back cushion. Metallic green paint is fading. Drives down the freeway comfortably at 60-70mph. This car is definitely not perfect but if your looking for a solid turbo diesel this is the one! Would make a great vegi oil burner.
Buy a Vintage Mercedes Station Wagon Because Itâ€™s the Car That Will Never Die
By Hannah Elliott
Bloomberg News Article November 12, 2015, 12:14 PM PST
â€œYou cannot kill them,â€ Phil Skinner, Kelley Blue Bookâ€™s collector car market editor, said recently. â€œThey just keep on running. Itâ€™s Mercedes technologyâ€”and on a station wagon! Itâ€™s the perfect combination.â€
Jonathan Klinger, a spokesman for car insurer Hagerty, said almost the exact same thing. â€œIf you say â€˜overbuilt, overengineered, bulletproof,â€™ this is the era and the series that comes to mind,â€ he said. â€œThis is literally the car you cannot kill.â€
Mercedes sold the wagon from 1978 until the mid-1980s.Source: Mercedes-Benz When they came out in April 1978, they were the most expensive station wagons on the market; Mercedes sold them at a little more than 26,000 deutsche marks a pop (roughly $15,000). These were the cars that started Americans on the road to their current luxury SUV obsessionâ€”the first modern vehicles that were both practical and relatively luxurious. Up until then, it was one or the other.
Mercedes-Benzâ€™s first wagon model belonged to its W123 series and was specified by the use of the letter â€œTâ€ in its model designation, such as the 300TD and 230TE labels, among others. (T stood for transport and touristik, according to Mercedes.)
These cars are holding their value, and theyâ€™re a steal at around $20,000 (in primo condition). If you want a vintage preppy workhorse, this is your chariot. We all adore it's long, quirky, European body and cool square edgesâ€”see one parked on the street, and someone in your group will squeal, â€œOh! I love those old wagons!â€ But Iâ€™m not talking about a car that will endure for an eternity in hearts and minds. â€œAt the time, if you wanted to go to the Hamptons with the kids and the dog, you really didnâ€™t have a lot of options,â€ said Mike Kunz, manager of the Mercedes-Benz Classic Center in Irvine, Calif. â€œYou could have bought a Jeep, but that was in no way a luxury vehicle. It was crude, really.â€
https://www.bloomberg.com/news/articles/2015-11-12/the-vintage-mercedes-station-wagon-is-the-car-that-will-never-die
I am willing to deliver to within 150 miles from Sacramento at no additional cost once car is paid for and cash is in my hand.
Jonas 916 943 five eight seven seven 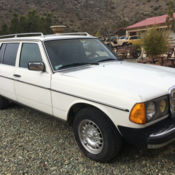 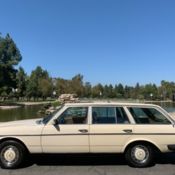 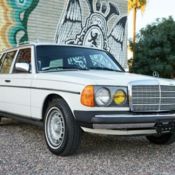 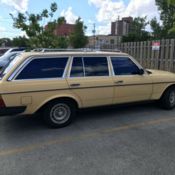 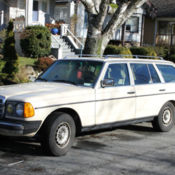 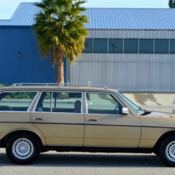 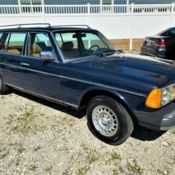 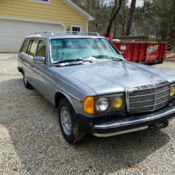 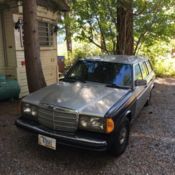 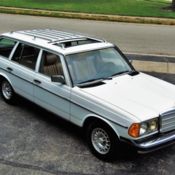