This Thing has just over 50,000 original miles, and has had initial restoration/upkeep (small cosmetic fixes + new convertible top and side curtains from The Thing Shop). I've been keeping it running, but haven't the time to make the planned restoration. Original color was yellow, but was repainted in the classic orange color by the previous owner. I have all of the original tires, windshield washer tank, etc. if someone wants to really go into restoring "as it was". The wheels now on the car are just a bit wider, and more stable, than the original equipment.
There's definitely some quirks to this buggy, including the new convertible top latches not quite fitting, so I've redone those with eyehole bolts (see pictures). Latches will be included in sale. The good news/bad news is there was a "typical" VW engine fire a few years ago where the fuel filter was too close to the distributor. However, the new setup works great, and replacement parts are firing just fine. I had the work done by a great mechanic here in the Milwaukee area. It hasn't had a good tune up for some time, however. It would be advised to have this shipped/towed if you're interested, but at a significant distance.
The interior is in very good shape, with carpeting added by the previous owner. There are rust areas towards the bottom of some of the doors, and especially in front by the bumper. Undercarriage is very good though.
I've used this as a daily driver for over 10 years, with indoor storage over the winter months. 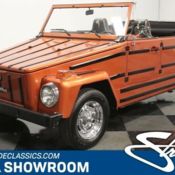 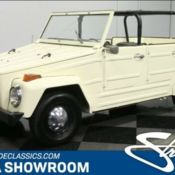 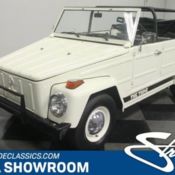 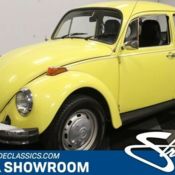 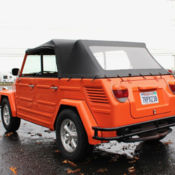 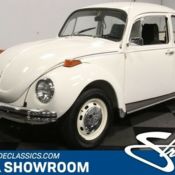 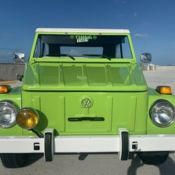 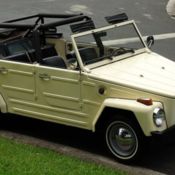 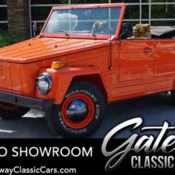 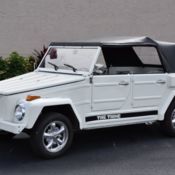