***This is a NO RESERVE 7-day auction, ending Sunday night. I do not have a buy it now listed, but will consider any serious offers. I reserve the right to end the auction early at any time***
For sale: 1976 F-250 4x4 "highboy", one family owned from new to 2020. The original owner from Spanish Fork, UT special ordered this truck to pull his matching color dune buggy to the desert, and was a member of the Stone Ryders club - truck still has the original club decal from the 70s on the fender. After many years, he sold the truck to his sister and brother-in-law, and they gave it to their son in Montana, who I purchased it from. It's a nice solid truck and hasn't been abused. Real F26 Highboy with matching vins on frame, door, B pillar, and cab and box buck tags. It has had some body and paint work on the box, and the paint doesn't match. The pics in the bright sun don't really show it, but in person it's very noticeable - WILL NEED REPAINT TO BE REALLY NICE. Truck has some minor rust, but not the sitting-at-the-bottom-of-a-lake rot so often seen on midwest and northeastern trucks. Central Montana is an arid country of sagebrush and cactus, and trucks tend to survive pretty well here. Comes with original manual, brochures and Marti Report. Per previous owner the 80k shown are the actual miles, but I don't have documentation on that. 1976 model year is the penultimate and most sought-after Highboy, it's the only year with both the venerable FE engine and open knuckle disc brake front end. I'll do my best to describe this special truck below, please see the Flickr album link below in the description for detail pics including underside.


Exterior: Clean and straight and presents well. Much of the original special order yellow paint still intact. Cab/front clip is mostly original paint, box has been repainted. It is the original box, and the original cab and box buck tags are both still in place. There was a crease repaired on the right side of the box, and there is some filler, I took a pic of the backside of that panel from underneath, and it appears to be minor. Tailgate has been replaced. Original owner had two fuel tanks fabricated for trips to the Little Sahara dunes, one between the rear frame rails and one in the box. There is a removable compression plug where the cab tank hole was, easily returned to stock. As far as exterior rust, there are small blisters over each rear wheel and on cab corner on passenger side. Underside is in good condition including cab mounts, cab supports, and cab dropoffs. Floors look good from underneath. Nothing hidden with undercoat, what you see is what you get. Topper/canopy is in good condition, there is some surface rust on box floor under mat. Pics in FLICKR album listed below. An honest survivor with real Western character that you could drive as is or take it to the next level. Draws a crowd wherever I stop, so be prepared for that. Great rig to leave up at your mountain cabin or lake house. Again, see detail pics in Flickr album linked below.

Interior: Original and presentable in decent shape. No rodents or smells. Original door panels and dash are nice with no damage. Carpet has been replaced with aftermarket. Seat has tears under the blanket cover. I believe everything works, gauges lights wipers heater, radio, e-brake etc. Fuel gauge is aftermarket. There was surface rust on bottom of doors and I hit that with a wire brush and Eastwood converter then touched up paint. Also was a quarter-sized hole where water gathered from leaking door seal in passenger footwell, I cleaned that up and used a small piece of 6061 and POR-15 patch to seal that. There are a few small areas of surface rust starting around front and rear windshield where rubber seals shrunk, that should be cleaned up and seals replaced at some point. See close up pic in Flickr album below. Use as is, ready to work or restore.

Mechanical: Starts, runs, drives and stops. Original 360 runs strong with no noises, smoke, or leaks. Factory equipped with the bulletproof NP435 four speed and equally robust NP205 gear driven transfer case, none of that cheesy chain-driven full time 4wd nonsense here. A rolling anvil on wheels. Also factory equipped with the desirable open-knuckle disc brake 19-spline "big hub" front end. Truck was well-maintained and has newer shocks, brakes, radiator, water pump, and front driveshaft. Does have the typical FE exhaust gasket leak when cold. I had a professional mechanic do an inspection and test drive, all mechanics were checked and fluids topped off. I believe everything works - lights, gauges, wipers, radio, heater, e-brake etc. Original owner had two fuel tanks fabricated for long trips to the Little Sahara dunes, one between rear frame rails and one in box. Would be easy to remove and return to stock in-cab tank, but it's nice not having fuel sloshing around in the cab. Running off box tank, rear tank hasn't been used for a while. Box tank is easily filled thru topper side door. Tank is big or gauge reads low, I put in 10 gallons and that only registered 1/4 tank on the aftermarket gauge. Original Bendix power assist steering components all in place, and as is typical with these systems, it does leak. Blue Top offers rebuilds for the OEM parts, but if you are not of a fan of the 1970s power assist steering, Benchworks makes a nice integral box conversion. Keep in mind that it is an older rig, and will need work along the way. If you live in a state with very strict vehicle inspections, they will no doubt find something for you to fix, so expect that. These trucks are noted for reliability and build quality, and are relatively simple to work on for the average shade tree mechanic.

FLICKR album with detail photos including underside(copy and paste to browser URL) - works best to simply scroll down and view the pics on the main album page.

Legalities:IF YOU ARE A ZERO FEEDBACK OR LOW FEEDBACK (under 10) DO NOT BID WITHOUT CONTACTING ME FIRST. YOUR BID WILL BE CANCELLED. Title is clear and in my name. As with all vehicles of this age it is SOLD AS-IS. Please ask questions or inspect to your satisfaction before bidding or purchasing. All sales are final and legally binding. Bid what you are willing to pay - even if the stock market drops.


Location/Shipping: Pickup will be in Helena, MT 59602, which is near the junction of Interstate 15 and Interstate 90. Transportation is at the expense and arrangement of the BUYER, but I will work with your transporter for loading, meet up, etc. Please research transportation options before purchasing. Once sold, I will cancel my insurance, so all liability for damages are the responsibility of the purchaser.

Payment:Winning bidder must contactme within 24 hours of auction end and make arrangements for payment at that time. A $500 non-refundable deposit is due immediately at auction end. The remainder is due within 3 days of auction end. If no contact is made within 24 hoursI reserve the right to re-list the vehicle, sell it to the next high bidder, or sell it otherwise. Payment by verifiable funds such as a WIRE TRANSFER or CASH in person before pick up, whichever is first. 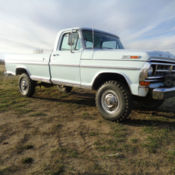 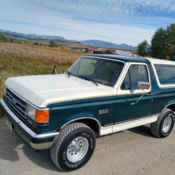 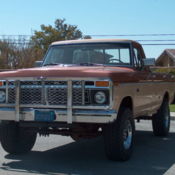 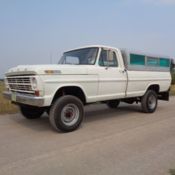 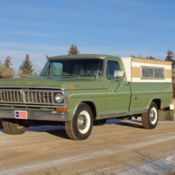 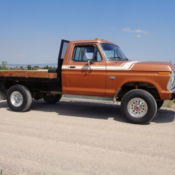 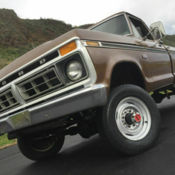 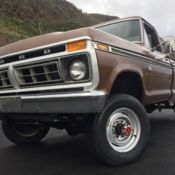 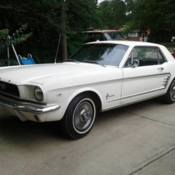