Car is an original 396/402 Big Block Chevy. Car is rust free and lived most of its life in a garage. Last driven on the highway in 1998. The engine was switched out for a 427 at some point in its life. I have about a hundred photos. The car is super nice and clean. Runs very strong. Can help with more pictures if you need. I will also help if you need to arrange inspection or shipping. 1970 Chevrolet Chevelle SS 396 Numbers Matching Trans Rear End Unrestored 40kMI

1970 Chevrolet Chevelle SS 396 Numbers Matching Trans Rear End Unrestored 40kMI Description For sale is a 1970 Chevrolet Chevelle SS with a big block chevy engine matching number transmission and rear end. We believe the mileage to be correct at 42,010. The car drives VERY STRONG. It is always stored indoors and normally starts on the first crank with the ignition key.
Here is the back story: This car was purchased back around 1998 from the first owner here in Utah. It was purchased by a customer of ours who brought it up on a trailer severl times for service work. The customer was a rear gear head and owned three 1970 Chevelle SS cars. One he bought new from the dealership and the other two he bought second hand. He knew the cars inside and out. He stored it from 1998 until a few months ago.
The original customer died and a customer of ours purchased it from his wife to be his first muscle car but recently decided it wasn't what he needed or wanted.
What we know to be orginal about the car:
We serviced it several times from 2002 until 2014. He passed in 2015.
The Protect O Plate came with the orignal warranty paperwork and verifies that the car started out life as a real SS Big Block Car.
It has the original TH400 or Turbo 400 Transmission numbers matching.
It also has the original 12 Bolt Rear End Housing numbers matching that has a locker installed. It was set up to drag race. The owner was a rear gear head.
It does NOT have the original engine. Somewhere along the line a 427 engine was installed into the car. We believe that occured back in 1997
It was an A.C. car as well.
It was a original bucket seat car also. We have a pair of year correct bucket seats, but they were not installed in the car so it is hard to know for sure if they were the original seats, but they are perior correct and the frames in are in good working order. The seats are included in the sale.
The car appears to be original in the quarter panels and all body panels, It also appears to have virtually no rust. This is a testament to its low miles and originality.
It has a transmission line lock installed at one point. The owner was a big gear head and I am not surpised that he intended to drag race the car for fun and nostalgia. He also installed auxillary air suspension on the rear of the car. We replaced them with Genuine AC Delco Performan shocks H put in an aftermarket shifter for the transmission. He also removed the power brake booster. The rear end appears to be a Posi or locker Differential.
The car was painted years ago and the job is a good job. I The car was originally black cherry and the stripes appear to be that color where the rest of the car was painted yellow.Â
Service that was done:
We have all the service records for work done in the last year whick is significant.
We performed a tune up with spark plugs, wires, cap and rotor.
We replaced the carb, fuel pump and feed line.
We overhauled the engine suspension with new ball joints and bushings where needed. We also repalced all the shocks and any loose components.
I also replaced the rear wheel brake cylinders and bled the system.
I replaced the water pump with a genuine AC Delco unit as well along with coolant.
I repalced the timing cover and gaskets and the oil pan gasket and rear main seal.
I had the transmission which is built overhauled to get rid of the some of the drips.
I chaanged the gear oil on the differential to a full synthetic unit.
I also changed the engine oil and filter.
I changed the air filter as well and installed a new housing on it since it was missing.
I replaced the battery.
I replaced the exhaust gaskets as well at the collectors and headers.
The turn signal switch was also replaced along with brake light switch
I have the original brochure from the original sale as well. As well as a spare tire and jack.
I have a whole folder of paper work that goes along with the car including all service records etc.
We also dropped the tank to clean it and installed a new hosea cleaned it and installed a new level sender.
I think the car is priced to move. It isn't cheap, but is really is very nice. They old cars are never perfect, but you wono't find many better for the money.
I am happy to help load the car or deliver to a local terminal. I will help with transport if contacted before the end of the auction. I have a truck and trailer if arrangments can be made for delivery within the Intermountain West.

THE simple solution for eBay sellers. 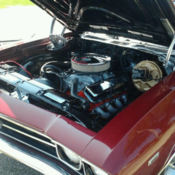 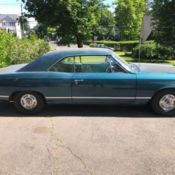 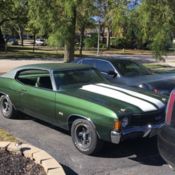 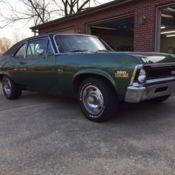 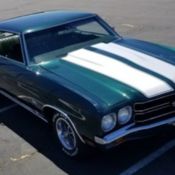 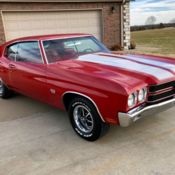 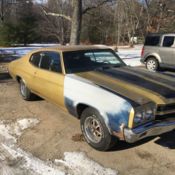 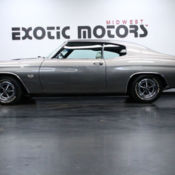 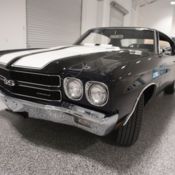 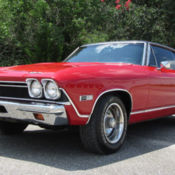