I purchased this rare special car from a long-term owner who is around 65 years old and decided to let it go. This Chevelle has numbers matching KF code engine, TH400 transmissionwith CX code, and rear end. The car's VIN is present on both the engine and transmission. Rear end is date coded correct casting number 12 bolt with KK code ( decodes: 4.10:1 ~12-bolt Positraction (L78/396). The wheels are YA code GM, YA decodes as 1969 Chevelle. This car has some others special unique options such as tilt wheel, factory tinted window glass, F41 special heavy duty suspension with boxed control arms, power steering, power brakes, and more! There were around 505,000 Chevelles built in 1969, but only around 5% or 9,000 of these cars were equipped with the L78 solid lifter 4-bolt main engine with all forged rotating assembly, high flow large valve square port heads, higher compression ratio pistons, high lift cam, winters aluminum high rise intake manifold and Holley dual feed double pumper 780cfm carburetor.
The car was spent most of its life in Arizona and has what I was told all original body panels and floor boards, and it does appear to be the case. The car has the nicest floor boards and frame that I have ever seen on a 1960's vintage Chevelle. The prior owner recently before selling the car replaced ball joints, shocks, coil springs, tie rod ends, and more. This car was built /assembled at the GM Kansas City, Kansas plant in the 3rd week of July 1969 and delivered to a small town Chevrolet dealership on State street in Manhattan, Illinois (Consumers Hardware and Auto) before being transported out to the southwest part the the USA. The small town GM dealership was also a hardware company with more than one business on State street and was bought out by Ace Hardware after a fire burned down the GM Chevrolet dealership many years ago.
I own a full engine machine shop with restoration center and Superflow engine dyno. When I bought the car I removed the 375hp engine and transmission. Before re-installation of engine and transmission, I completely rebuilt the engine now installed along with refurbishing transmission that is now installed. When I say refurbished, I mean new forged pistons, torque plate honing of cylinders, competition valve job on $28,000 Sunnen head machine, new stainless valves and hp valve springs, new cam and solid lifters, new timing set etc. I also rebalanced crankshaft on our digital balancer down to less than 1 gram imbalance on each end . Most cranks are off 20-50 grams. I broke in engine around 1 week ago and have put around 100 miles on the engine. The cam was broke in with zinc and ran at 2500rpm for the first 30 minutes of stating engine to lap lifters to cam and seat rings.
When I removed the engine around a month ago, I painted the entire frame and floors of the car in enamel with hardener with air compressor and professional paint gun to make it look rotisserie quality when you look under the car and so it would hold up for many years to come and not rust. The car already was painted nicely on the under body but I went the extra distance to make it even better, including painting sway bars, steering components, etc in the correct silver color and not black like it rolled off the GM line in 1969. When I purchased this car from the prior owner he gave me documentation stating this car was born a 375hp L78 car and 60,000 odometer miles on the car. Below is a lot of valuable information on the car. Window sticker and NCRS data report included with the car along with engine blue print / build sheet and balance card. I will get some better photos of the car in the next day or two in a more open area and of car on lift so you can see how nice the under carriage of the car really is.
Hagarty average value on this car is just over $40,000. Similar cars sold at Mecum auction 1969 El Camino Chevelle SS 396/375HP lot number F249 at Harrisburg, PA in 2017 at lot $38,000 closing sale bid and Lot F162 Kissimme Mecum 2017. There was also Lot number F159 in 2017 at Mecum auction in Florida a 1969 El Camino 396 375hp with aluminum heads sold for $140,000 bid. I can supply GM winters casting aluminum heads for an additional charge if you desire these aluminum heads over the 840 casting heads now on the engine. I am able to sell this car for much less than book value making it a sound investment for a collector or a person who wants to have a rare muscle car to drive and enjoy for a few years and then be able to sell for profit if car is taken car of and economy stays on pace as it has with these cars now going up thousands each decade. I can likely offer free shipping by truck transport anywhere in the continental USA if purchase price is satisfactory to be. Free shipping at the buy it now price or for best offers I accept that are high enough to allow me to offer this service. I can also offer discounted international shipping worldwide or to Hawaii or Alaska.
DETAILED INFORMATION:


DISCLAIMER: THIS CAR IS BEING SOLD AS IS WITHOUT WARRANTY. ITS IS AVAILABLE FOR INSPECTION IN PERSON BY APPOINTMENT. I GUARANTEE NOTHING AS "ORIGINAL" OR "BORN TO THE CAR". WHILE IT APPEARS THIS CAR HAS A LOT OF "ORIGINAL" ATTRIBUTES, MANY PARTS WERE TAKEN OFF OF THESE OLD CARS OVER THE DECADES AND REPLACED AND/OR MODIFIED FOR VARIOUS REASONS. JUST BECAUSE A CAR HAS THE CORRECT DATE CODED PART NUMBER PART ON IT WHETHER IT BE A TIRE WHEEL OR AN ENGINE PULLEY, ETC THERE IS NO WAY TO KNOW WITH COMPLETE CERTAINTY IF IT IS TRULY "ORIGINAL" OR "BORN TO THE CAR". MOST IF NOT ALL OF THESE OLD CARS DO NOT HAVE THE ORIGINAL AIR IN THE TIRES SO TO SPEAK. WHEN I PURCHASED THE CAR IT WAS REPRESENTED AS A L78 375HP SS 396. HOWEVER, THIS CAR IS BEING SOLD AS IS WITHOUT WARRANTY WITH NO PRESENT OPTIONS ON THE CAR GUARANTEED AS "ORIGINAL" OR "BORN TO THE CAR". I AM OFFERING THIS CAR FOR MORE THAN $10,000 UNDER HAGARTY AVERAGE VALUE. IF I WERE GOING TO TRY TO GUARANTEESOME OR PART OF THE CAR OR "ORIGINAL" OR CERTAIN OPTIONS "BORN TO THE CAR" AND TAKE ON THIS LIABILITY, I WOULD EXPECT A LOT MORE MONEY OUT OF THE CAR. WITH THAT SAID, I ONLY REPRESENT THE CAR WITH THE PRESENT OPTIONS IT HAS NOW IN 2017, I DO NOT GUARANTEE ANY OPTIONS ON THE CAR ASORIGINALOR BORN TO THE CAR! I HAVE TAKEN THE TIME TO GIVE ANY POTENTIAL BUYER LOTS OF INFORMATION ON THE CAR AS TO ITS PRESENT CONDITION AND STATUS HERE AND NOW IN 2017, ALONG WITH EXTENSIVE RESEARCH DATA TO ITS PRESENT OPTIONS AND FEATURES. INDIANA STATE LAW STATE LAW REQUIRES TITLE TO SHOW VEHICLES OF THIS AGE AS "EXEMPT" MILEAGE ON TITLE, CAR IS BEING SOLD AS MILEAGE EXEMPT WITH NO GUARANTEE TO ACTUAL MILEAGE. $2000 NON-REFUNDABLE DEPOSIT DUE WITHIN 24 HOURS OF PURCHASE AGREEMENT, AND REMAINING BALANCE DUE WITHIN 3 BUSINESS DAYS.

Note:
Indiana law requires sales tax be collected at a rate of 7% depending on whether or not I as the seller arrange for the vehicle transport to an out of state purchaser. Inquire for details. Any sales tax I am required by Indiana state law to collect is due over and above the sale price of the car based on the sale price of the car. If I hire the auto-transport, I am only required to provide an ST-108NR and am not required to collect sales tax. 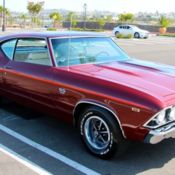 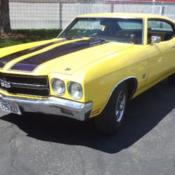 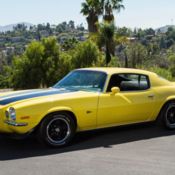 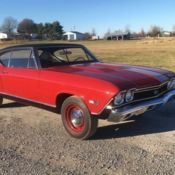 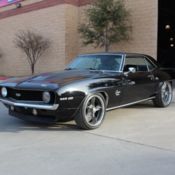 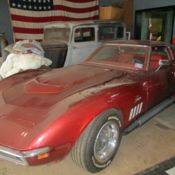 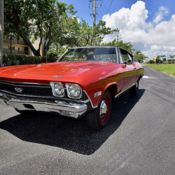 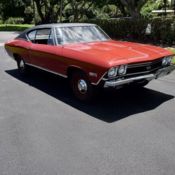 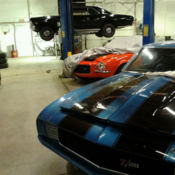 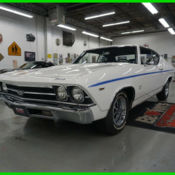