340 additional photos of this car can be seen here:

Hello Everyone,
Up for auction is a 1969 Rallysport LM1 Camaro. I purchased this car somewhere around 2000-2002. It was purchased from the second owner. This car is nicely optioned. It is an original Rallysport which means that it was equipped from the factory with the front hideaway headlights and rear valance mounted reverse lights.The engine is the original, excluding the cylinder heads. They are the correct part numbered pieces, but they are dated for later in the model year. The LM1 package as I understand,was a performance package that was offered for two months during the 1969 model year. It was offered to suit those people who wanted more performance than the standard models, but could not afford the extra cost of the SS package. Please do a search on the net if you would like to know more about the LM1 package.
This car has a little over 85,000 miles on the odometer. When I brought this car home, the engine hadn't been run for a very long time.The engine had some aftermarket parts such as a Holley carb, Weiand intake manifold, Mallory distributor, Accel coil and headers.I wanted to see if I could get it to run, so I checked the fluids, changed the oil, disconnected the hose from the fuel tank and ran a line into a coffee can full of fuel.I went to add water to the radiator when I noticed that water was coming out from one of the freeze out plugs in the block.A closer look I revealed that one of the steel freeze out plugs had a rust hole in it and it was allowing the water to run out of the block.I wasn't planning on running this for long at all, so I ran a hose into the radiator and left the water running.I put a little fuel down the carb throat and cranked it over.To my amazement, the engine started immediately and came to a beautiful idle.No smoke, no lifter noises.It was quiet and ran super smooth.It was a wonderful experience to see something that had sat so long run so great.Later on, I would also find out that the cylinder heads on the car were not the originals, but were from a 1966 283ci. Years later, I removed all the aftermarket engine accessories and began the search to find factory parts to replace them.

The car currently has its original 350 V-8 engine block with original internals such as pistons, crank and etc. The block is a 2-bolt. The cylinder heads that are sitting on the engine now were rebuilt years ago. They are the same part# as originals, but are dated for later on in the 69 Model year build.This date can only be seen if the valve covers are removed.My plans as of a few years ago were to have the engine and trans rebuilt, so I removed both at same time.Once the engine was out, I partially disassembled it. I removed the oil pan and pump, got rid of the incorrect heads, greased and oiled the block and left it to sit on a stand.I never did get around to having it rebuilt and I started worrying that I would misplace parts, so I bolted the engine and trans back together, temporarily placed the rebuilt heads, intake, carb and other accessories on and reinstalled it in the car.That's it! It's been sitting untouched since.

The original Muncie M-20 4-speed transmission that is in the car is the original. I had removed it once before (many years ago) just to be sure that it was OK.The transmission shop opened the side cover, looked it over, checked for wear and told me that the trans was all original and it did not require a rebuild. It was reinstalled and left alone.There is no clutch disc installed.The driveshaft and 12-bolt posi-traction are present and original to the car.The gearing in this rear is 3:31. I went under the car to take photos and saw the code on the axle tube which is BS (correct code for 69 Camaro with 12-bolt posi-traction (3:31). The shifter and linkages are also all original to the car which I will include photos of.

The cars original color is Rally Green and it still retains the original black vinyl top which is tattered, but all the vinyl top bright accent trim is present and in very good shape.This car came from the factory with the black DX1 stripe which extends over the front of the fenders to the header panel and then turns up towards the hood and terminates near the center of the hood.The hood that is currently on the car is an original cowl induction hood, but it was NOT installed on this car from the factory.The original dark green deluxe interior is still in the car. The seat material was called Deluxe Custom Weave. The complete interior is factory original except for the replacement material on the center section of the drivers-side seat. The carpet and mats are original, but are faded and dried out. You might see a small section of wire hanging under the radio. That wiring is for another option option this car had. The option consisted an extra speaker (6x9) that was mounted on the rear speaker shelf.The standard option for AM radios was to have a single 4x10 speaker in the dash.This option offered the two speakers with a fade switch.The switch allowed you to balance the sound between the front and rear speaker. I noticed the outline of an old 6x9 square speaker cover on the right-rear speaker shelf and the fade switch is in the center console compartment. The console was another option. It's in nice shape as can be seen in the photos, but it does have a split in the console door. The headliner is nice and tight and I did not notice any rips or tears. I did notice some small spots that may require a little cleaning by hand. The passenger-side visor has a small optional beauty mirror. It looks like it's in excellent shape and clear, just has a few old smears on it. Sun visors look great. Passenger-side seat bottom has a split. Back seat upper and lowers are in great shape as are the window panels on each side. I think all the windows are great, EXCEPT for the front windshield.It has fogged (delaminated in areas) and will need to be replaced.The woodgrain accents on the dash look fantastic.The glove box insert has a cutout which may have been for another radio or amp, but that was before I owned the car.I see no modifications to the dash (underside) such as holes from botched installations. The Driver's-side remote mirror is a nice option. Of the 69's that had the remote mirror, most had a slightly different mirror and control plate which was offered later in 69. This car was produced in late 1968 so, it may have shared some common parts found in the 68 Camaro. The dash includes the clock option, not a very rareoption, but a neat one.Car does NOT have air-conditioning! Standard heating and vents only.I had originally thought that all the windows were tinted, but I was incorrect, so windows are NON-Tinted.

The dash pad on this car is the original and has some areas of separation from the base.There are options to recover or repair the original or just replace if you see fit.You should notice in the photos that the dash pad appears to be wet.This is a common issue with dash pads from this time.They secrete chemicals over time and this residue collects on the surface.I remember seeing posts with regards to this occurrence and how to remove the residue.This car left the factory with front and rear bumper guard option.I see that the fronts are present, but I do not know what happened to the rear bumper guards.The hideaway headlights are present as are the components that are supposed to allow them to function.I did look underneath and saw the bellcranks, actuators, mounts and etc.You can see the vacuum tank and switch in the front driver's-side inner fenderwell photo along with some hoses and etc.The original hoses that lead in through the firewall to the headlight switch are present as is the original hideaway headlight switch.

The seatbelts in this car are the originals that were installed at the factory, however they are not the "correct" versions that most cars received.The seat buckles shown are standard models.The "correct" deluxe buckles have a different appearance.They are also black in color rather than dark green. The reason for this, the factory may not have had adequate supplies in stock while the cars were rolling down the assembly line, so the workers would have installed what they did have.All the belts are dated 1968. This might also explain the slight color variance of the interior kick panels.They are the originals.

The car has the original trunk divider which is a factory sound deadener that is sandwiched between the rear seat and the metal bulkhead for the trunk.In the trunk remains the original spare tire, tire anchor hook, lug wrench, jack base, and bumper hook.This car was originally equipped with white sidewall striped tires, plain steel wheels and full cover hubcaps.

The wiring in the trunk looks all original, uncut and in very good shape.The rear brake lenses appear to be in good shape except for the left-side lens.It looks like there was a hairline crack in the lens and the previous owner smeared a bit of rubberized caulk to seal it.

Let's go back towards the front of the car and I'll add a few items that I had forgotten.This car has manual steering.It frees up a little horsepower because the engine is not driving a pump.Decreases weight a little bit.No pump leaks.No need to top off the pump with fluid.Cleaner looking compartment.This car came from the factory with power drum brakes.The original front spindles were removed some time back and disc brake spindles were mounted in place (temporarily).The original front drums are still included with the car, but I will include the front disc rotors that were going to be placed on the car.The pieces are used and have been in storage for a long time, so I cannot guarantee condition.

I've included a link below which will take you to a web-site that has over three hundred photos of this car. Look the photos over and if you have questions, please don't hesitate to ask me.

P.S.To all those people that watched and waited on Facebook for the car to come up for auction:

Thank you for your patience.It took me much longer to gather the photos and the time to put this listing together than I had originally anticipated.I do apologize for the wait.Paul

HERE'S THE LINK TO THE PHOTOS: Just copy and paste

This car is being sold in AS-IS CONDITION with no guarantees or warranties stated or implied. 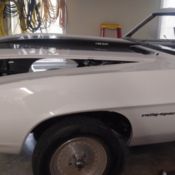 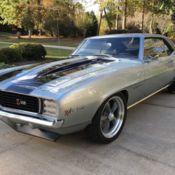 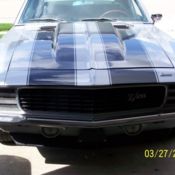 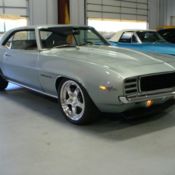 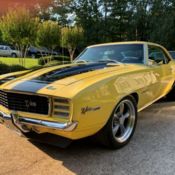 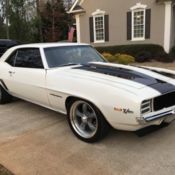 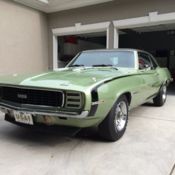 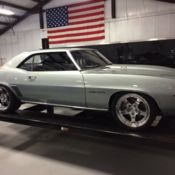 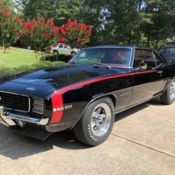 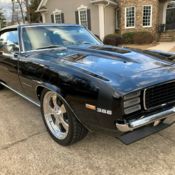