I purchased this car in 1979 and have maintained it as a driver, The carbs have been upgraded to SU HS6 which produce a very pleasurable acceleration. The four speed transmission will pop out of 2nd gear if you decelerate - a common malady in theses cars.The engine was rebuilt at approximately 70K miles and runs well l oil pressure at 40 lbs on idle. The factory valve timing has been advanced to improve performance which in 1968 was retarded to meet emissions. The top is worn but serviceable and a tonneau cover is included. Has been resprayed several times over the years and the stripe painted to factory specs. Solid body with few dings. 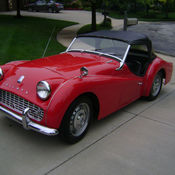 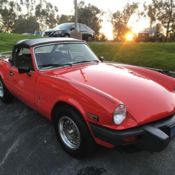 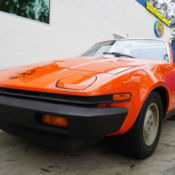 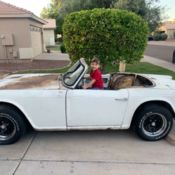 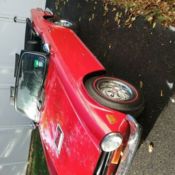 1973 triumph tr6 I have owned this vehicle for 20 years new carburetor, new top 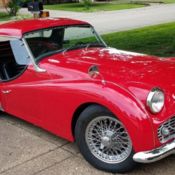 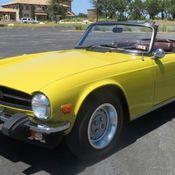 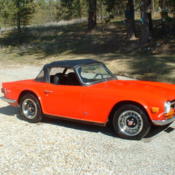 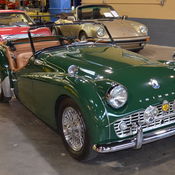 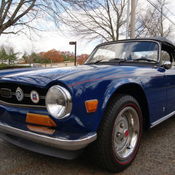