1967 Triumph TR4a - solid axle car showing 79,218 miles. Clear PA title in my name. The car hasn't been on the road in over 10years. It runs well, when the fuel pumpdecides to cooperate, and consistently when fuel is supplied externally. The starter is new from Rimmer Brothers. Frame and body appear to be fairly solid withsome rust on the driverâ€™s side frame extension behind the rear axle (seepics). The only rust through that Iâ€™maware of is in the firewall behind the battery box (see pic). Front floors were patched badly by previousowner (screwed plates to floor), but they are solid. Solid foundation for a complete restoration. Convertible top in reasonable shape exceptrear windows need to be replaced. Smalldent in front passengerâ€™s side chassis. Ithas 60 spoke painted wire wheels, and an extra set of wire wheels also goeswith the car. Clutch master and slavecylinders are functional and the TR4a moves under its own power. The brake master cylinder appears to befunctional, but brake system needs to be rebuilt, currently no brakes. Handbrake is functional. Seats have been reupholstered and there are allnew interior panels for the TR4a, but there are no carpet or seat slides. The battery shown in the pictures does not gowith the car. Some extra parts areincluded. NADA Classic Car Values estimatesa high retail value of $68,500 (https://www.nadaguides.com/Cars/1967/Triumph/TR4A/2-Door-Roadster/Values) for fullyrestored examples of the TR4a, so thereâ€™s room to invest in restoring one. The auction is no reserve. Contact me to make an appointment if you wantto come see the car prior to the end of the auction, or if you have anyquestions. Thanks, and good luckbidding.

Car is also for salelocally, so I reserve the right to end the auction early. Car is sold on an AS-IS-WHERE-IS basis. Shipping costs are the buyerâ€™s responsibility. Car will be released when I have received fullpayment. Title will need to betransferred into the new ownerâ€™s name.$500 deposit must be received within 24 hours of the end of the auction,unless I agree to other arrangements, and is non-refundable. Fullpayment is required within 7 days of offer acceptance, unless otherarrangements are agreed to in writing. 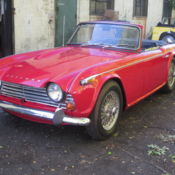 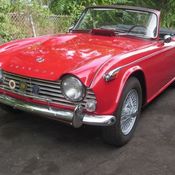 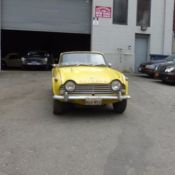 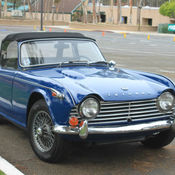 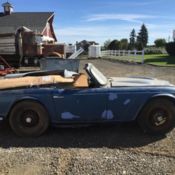 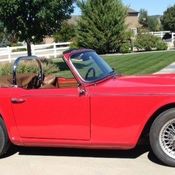 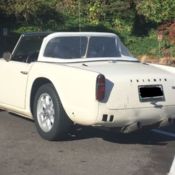 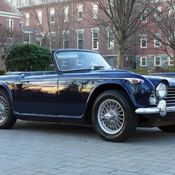 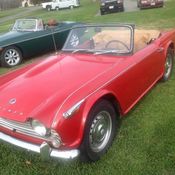 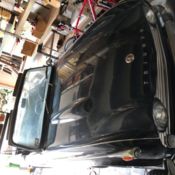