Beautiful and hard to find1952 Studebaker Commander State Starliner Hard-TopCoupe lovingly restored in 2002, is ready for a new owner. This model with it's unique windows, was designed to have "smart style and the unlimited visibility of a convertible with the all-weather comfort of a closed sedan". Photo documentation of restoration as well as vintage brochures, receipts etc... from previous owners are included.
This is ano reservesale and the car can be previewed at anytime prior to the end of the auction.Please email or call 585-465-1928 with any questions or to preview. Please note:This car is for sale locally and we reserve the right to end the auction at anytime.
Hagerty Model Overview:"Studebaker resumed automobile production quite quickly following World War II with the Commander’s introduction in December of 1945, which was a very lightly disguised 1942 model. Shortly thereafter, in June of 1946, Studebaker announced the America’s first all-new post-war model (conveniently ignoring the new Kaiser-Frazer product line).
Styling of the new Studebaker Commander was executed mainly at Raymond Loewy’s studios, with much of the work was actually accomplished by Virgil Exner. The car’s appearance was stunning and somewhat polarizing, and the Starlight coupe’s large four-part wrap-around rear window in particular so closely resembled a front windshield that comedians wondered aloud if the car was coming or going. Nonetheless, the design was futuristic, and proved to be influential as the rest of the American auto industry was forced to play catch-up .
The 1947 Studebaker Commander came in five body styles, including a four-door sedan with rear hinged rear doors, a two-door sedan, three- and five-passenger coupes, as well as a convertible.Most body styles had a 119-inch wheelbase, though the Land Cruiser luxury sedan had a stretched ride of 123 inches. The 226.2-cid Commander flathead six of 94 hp carried over.
Advanced designs were plentiful on the Studebaker Commander, with Bendix self-adjusting brakes, noglare instruments, pull-type door handles, and both one- and two-piece panoramic windshields. More than 60,000 1947 Studebaker Commanders were sold.
The 1948 model year saw few changes other than a revised grille and trim alterations. By 1949, the Big Three had released all-new models, which leveled the competitive landscape, and Bob Bourke’s all new “bullet-nose” design was brought to the Commander in 1950. Under the Commander’s body, an all-new independent coil front suspension replaced the prior transverse leaf sprung front independent set-up, and a thoroughly advanced automatic transmission became available.
For 1951, Studebaker’s South Bend engineering team released an all-new, modern, small-block V-8 engine with short stroke, overhead valves and plenty of power. The engine, available only in the Commander, displaced 232.6 cid and produced up to 120 hp. The new powerplant used a wedge combustion chamber, similar to what the mid-priced Oldsmobile and luxury Cadillac V-8’s possessed.
While some criticized the “bullet-nose” look, which continued into 1951, the cars remained popular with buyers. In 1952, the bullet-nose look was scuttled as an all-new, bifurcated grille and “power-bulge” hood gave the cars a new look. A two door “convertible” hardtop (using the doors and side windows of a convertible, with no metal door pillars around the glass and no body pillars between front and rear side glass) made its debut under the Starlight sub-series moniker.
Today the Studebaker Commander of this era is very popular with Studebaker aficionados and others seeking something a little different. In particular, the 1947 Starlight coupe, the later bullet-nose cars, and the pretty Starlight hardtop coupe are quite popular. Like many cars of the era, many didn’t survive extended daily use in northern states, which can make good examples of the car harder to find than their production numbers would suggest. Nonetheless, the cars are worth the search, as they are unique in appearance, economical to run and maintain, and enjoy great club support through the Studebaker Driver’s Club". 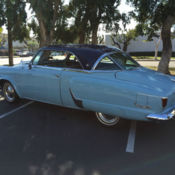 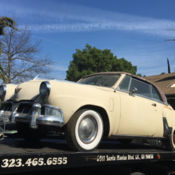 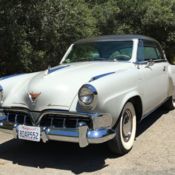 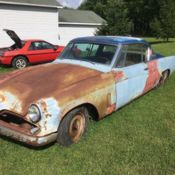 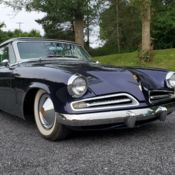 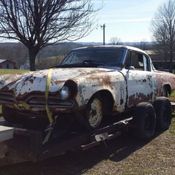 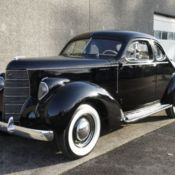 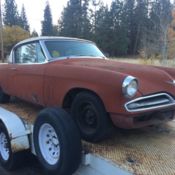 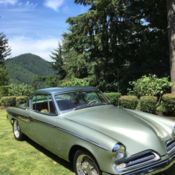 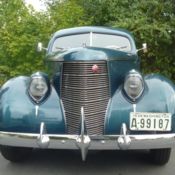