1973 Porsche 911 Targa VIN 9113112064
Engine # 6135050 Trans # 7730478We have a clear title.
The speedometer shows 71,566 The title is marked EXEMPT.
I have the Porsche COA and the engine and trans are original matching numbers.
Engine; The engine is seized and will not turn over. The number matches the COA. It has Zenith 40 carbs on it.
Body; The car has been off the road for many years. Some mechanically challenged guy had the car and the quarter panels were cut off the (probably to install turbo flares). They cut off too much and then welded part of it back on. Both front fenders were removed. We installed two fenders. The driver side fender has rust at the back at the bottom and the headlamp bucket has holes in it. The passenger side fender has a patch at the rear at the top. The steel front Sport bumper came with the car. It has some rust on the top at the left end below the left headlamp.There is rust in the floor behind the driver seat and around the pedal cluster. There is a rust hole in the floor at the bottom of the left cowl post. There is rust in the horseshoe pan in front of the gas tank at each of the two battery boxes. The engine lid was replaced with a red lid that has dings and dents. The Targa Top frame is broken and the cover is ruined.
Brakes/Wheels; The original brake calipers are in the trunk. The alloy wheels appear to be newer Porsche. The front sway bar is on the car. The rear sway baris missing.
Interior;The seats are period correct sport seats but not factory original. Rear seat backrests are in the car. There are no rear seat bottoms. There are no carpets.
This car has problems but body appears straight with no signs of prior accident damage. It deserves a restoration.
I have additional photos. Send your Email address if you would like to see them.
Plan to pick up the car at Anspach Autos, 51 Main Street, Ono PA 17077 Ono is 15 miles North East of Hershey PA.
Delivery to the port is $350 at the expense of the buyer. 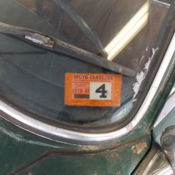 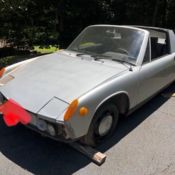 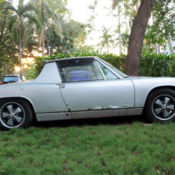 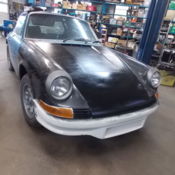 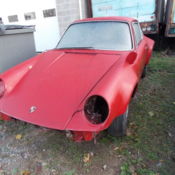 1972 Porsche 911 project car, no engine or trans for restoration 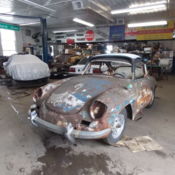 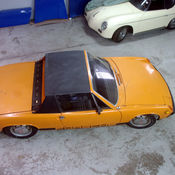 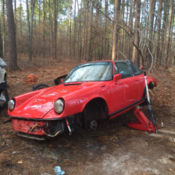 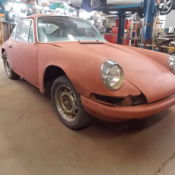 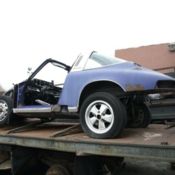