I've owned this car for over 15 years. It's not perfect but its a lot of fun and in decent driver shape. It started off as a solid plane-Jane Firebird. Nothing special. I don't drive the car much anymore so that's why its listed here.
The car pushes the limit of a street car but nothing crazy like the guys on Street Outlaws. Its a pretty solid all steel body. Runs on PUMP premium gas (93 octane, about $3 a gallon near me). I have it registered as a regular vehicle in Pa so its subject to annual inspection (less emissions). It has 4 wheel manual drum brakes and manual steering. Obviously, no air conditioning either. I know some people are worried about cars from Pa because of rust. The previous owner replaced the rear quarter panels (I know they're Camaro but they're solid) and I patched a small golf ball sized hole in the pass foot well. That's all of the rust I'm aware of other than maybe some very minor surface rust that any car gets when it sits long periods of time. Recently, I noticed a couple of small spots of rust where the roof meets the windshield. Nothing big but I figured I'd mention it.
The engine is Pontiac 400 (1978 block) with 1968 #62 heads. The engine has about 900 miles on it. It is not stock. The block is 60 over with TRW forged pistons and CompCams XE284 grind cam. The heads are completely rebuilt to match the engine with all top of the line parts (about $2000 just in machine work on the heads). Holley 950 HP carb, Edelbrock Torker 2 intake, 4 tube 1 7/8 inch headers into a Flowmaster 3 inch exhaust, Holley Blue electric fuel pump, etc. From carb to pan, I probably spent about $10,000!
The transmission has about 5000 miles on it. It is a Turbo Hydramatic 400 or turbo 400, for short. It is one of the most bullet-proof transmissions out there! This one is built to withstand the power of this engine and more. It has a 3200 stall torque converter and a street/strip shift kit. It's topped off with a ProStick shifter. You can leave the car in Drive and it will shift itself; Or, you can manually shift it to extract the most power out of the engine.
The rear is Pontiac 10-bolt with 4.11 gears. Its been rebuilt about the same time as the transmission so it also has about 5000 miles on it. For those that don't know, a Pontiac 10-bolt is about as strong as a Chevy 12-bolt and it doesn't have C-clips to break. I'm also running Mickey Thompson Street E/T DOT tires in 28 x 11.5 x 15 in the rear on Centerline 15 x 8.5 rims. Skinnies in the front.
The interior is about stock but definitely not show car quality. It has the original dash with the radio hole cut and the dash pad is cracked. The original headliner is still there but it has a couple of small seam splits. The seats or the plastic or composite racing seats with the thin removable covers. It has a mid-80's Firebird 3 spoke steering wheel. I added a tach where the gas gauge used to be and set 3 mini gauges where the radio/heater controls were. There is no working gas gauge. Its a stock gas tank with a sump so it holds about 12 gallons of gas.
It has a welded-in 6 point roll cage or roll bar-whatever you want to call it. The kit came from S&W Racecars. It has bolt-in frame connectors and direct fit traction bars from Competition Engineering. The front suspension has been rebuilt with Energy Suspension Poly Urethane bushings. The body bushings are also urethane from Energy Suspension. It has 3 way adjustable drag shocks in front and 50/50 drag shocks in the rear otherwise stock suspension. It had a new correct manual steering box from Ames Pontiac Performance. I even tracked down the correct pitman arm that is not reproduced (took 4 years to find it!).Also, I replaced the front springs with drag springs when the front suspension was rebuilt. It lowered the front by about 4 inches to give it that great looking stance and terrific weight transfer when launching at the strip! You can see it still gets some air under the front tires in the one pic.
I'm sure I'm forgetting some other details. Its hard to remember everything done over the course of 15 plus years! The part that everyone seems to be curious about: I don't know the exact horsepower. I have not broken in this motor or completely tuned it. I put about 10 passes on this motor at Atco Raceway. The main picture in this auction shows one of the passes at Pontiac Day 2013 at Atco. If you leave the car in Drive, left foot on the brake, right foot on the gas to about 3000 rpm, let go of your left foot and stomp the gas on the green light- it will run 12.20-12.30's at about 110 mph. The transmission shifts itself at about 4500-4800 rpm. Horsepower peak comes in at about 6500 rpm. Tune the motor and get used to shifting it yourself higher in the rpm band and its an 11 sec car! It went into the 11's on the last motor that wasn't as powerful. It also runs 1.60's in the 60 foot with the rear tires at about 28 psi. It can get better but I like playing it on the safe side so I don't break anything. It launches straight and hard as you can see in the pic! I drive it to and from the track about 40 miles each way.
Best part is that it is street legal so you can go to the local cruise night. Or take it out for a Sunday Drive. Its definitely not a showcar. I never built it with that intention but you wouldn't be embarrassed at a cruise night either. There aren't many cars this fast and this cool for anywhere near this price.

Yes that is a chip in the paint on the hood between the 350 emblems. It was from a carb backfire from about 10 years ago. There are other minor stone chips and scrapes here and there. Its not a trailer queen and the paint is over 15 years old. The gauge on the outside of the windshield on the driver's side is a fuel pressure gauge. The driver's side headlight bezel/bumper doesn't line up perfect with the driver's side fender ever since I replaced the body bushings with polyurethane.

I don't have receipts for the work on the car and everything was not done at the same time. I never intended to sell it. You can verify everything I've listed by checking out the car in person.
A quick video of the car idling:
https://youtu.be/zQZY-deeC5g
Three videos of the car at Atco Raceway BOP Day Nov 2013:
https://youtu.be/i5ughyr0j_0
https://youtu.be/eTsgaoLn09c
https://youtu.be/2sYGroNvGHI
I would consider a trade for an 1988 or newer C4 or C5 Corvette (prefer convertible), 90-96 300ZX (manual trans only), or Acura NSX (I don't care if it has 300,000 miles on it). Obviously, I would prefer a deal where you're putting money up on your end :) I will consider an even up trade or if I have to put up a couple of dollars if its the right deal. I don't want to trade for anything other than what I just mentioned unless its something very similar to these 3 choices.
For boring legal stuff: I WILL NOT SHIP THE CAR. It has to be picked up in person with either cash or Cashier's check from a major bank we can walk into and be able to cash the Cashier's Check. A $500 non-refundable deposit is due immediately with the Buy it Now option or acceptance of a Best Offer through PayPal. Full payment within 7 days. I reserve the right to end the auction early since it is also listed elsewhere. The title has to be changed out of my name. Pa has auto tag stores where out of state temp tags are available for like $20 or so. It is drivable but I would recommend a trailer if you're going long distance. 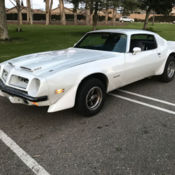 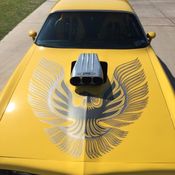 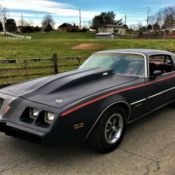 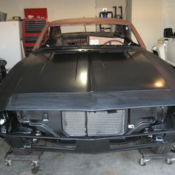 1968 Pontiac Firebird that is a Camaro style Clone 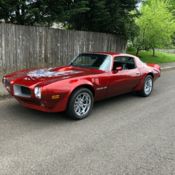 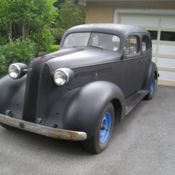 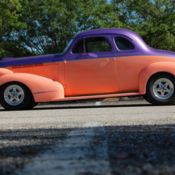 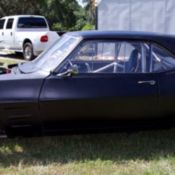 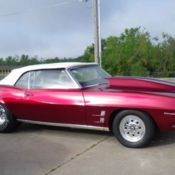 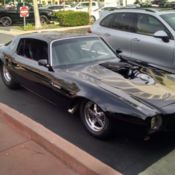