The 1960 Plymouth Fury was produced at the tail end of Mopar's "Forward Look" era making it one of the most futuristic appearing cars ever made. With sweeping tall rear tail fins (otherwise known as "Rear Stabilizers") the Fury was fierce competition to even the Cadillacs of this era. This 2 door hardtop has the Golden Commando 361 8 Cylinder Engine hooked up with the famous Push-Button Automatics offered by Chrysler. With power steering, power brakes and power windows, this classic cruiser was very well optioned for 1960. Another interesting option was the Sport Deck Rear Cover on the trunk, a throw back to the days of the continental kits available in the 50's. This Mopar is finished in a Red and White Two-Tone Paint Scheme that presents beautifully. This Fury sits on 4 P215/75R14 Uniroyal Whitewall Radial tires with correct hubcaps and includes a spare tire in the well-detailed trunk. The interior also has one of the most unique steering wheels ever put on an American built car, the "Aero-Wheel." Another feature that had people talking were the swivel bucket seats for ease of entering and exiting, which on this particular car work very well. The front twist-out bucket seats are finished in Parchment colored cloth and vinyl fabric and have a fold-down center arm rest. The dash appears as it did when this Fury rolled off the assembly line and even features a factory name plate of the original owner of this car. The dash-mounted rear-view mirror also adds to the futuristic look of this Plymouth. If you are in need of a very unique automobile to add to your collection, this 1960 Plymouth Fury is for sale right here at Ellingson Motorcars in Rogers, Minnesota. Take a look and trust us you will be the only one in your neighborhood with such a cool car! 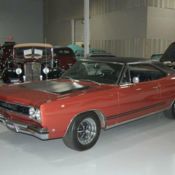 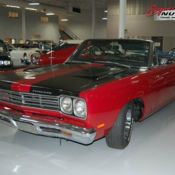 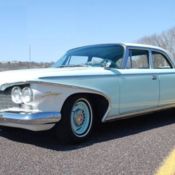 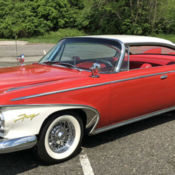 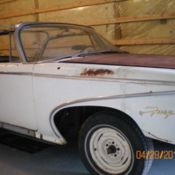 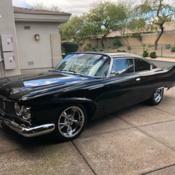 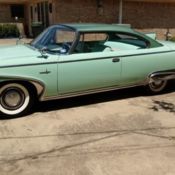 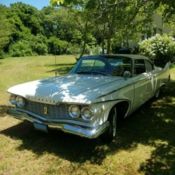 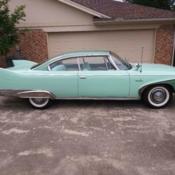 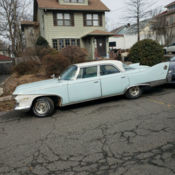