1970 Plymouth Roadrunner Superbird 440-4bbl, 4 speed, Dana 60 differential, bucket seats, console, power disc brakes, power disc brake, power steering with cooler, Magnum 500 road wheels, production number 1147 of 1920, car built on Dec 2, 1969.
Purchased from the original owner in South Texas November 1992 with 42,000 original miles.The last time it was inspected and driven was 1977.Purchased new August 29,1970 at Salockers Chrysler Plymouth in Perry, Iowa. The owners moved to Texas in 1973 with their belongings and a U-Haul trailer (hence the trailer hitch). There was an aftermarket Mark IV under dash A/C added July 15, 1971. The car has been in Texas from 1973 to present day.The exterior was repainted some time in the mid 70's. The original wing was stolen in the 80's and now has a new old stock wing included.
The car is original with matching number engine and transmission. It appears that all the body panels are original to the car and needs a complete restoration.I pulled the oil pan and heads a couple of years ago, had the heads checked, and cleaned, checked lower end, and reassembled. I rebuilt the original carburetor, replaced the original fuel pump, water pump, gaskets, lifters, oil pump, and vapor separator filter. The engine was run, and had no knocks and good oil pressure. It will run, but is weak, and needs rebuilding.The original correct 956 radiator and shroud are not currently installed but included.The NOS rear wing I acquired has never been painted, and has the factory paint number in stencil on the inside vertical. The verticals are in factory primer, the horizontal is bare aluminum. The wing was purchased / shipped directly from Creative Industries Inc in 1971.One pair of NOS fender scoops are included that have never been mounted or painted in the original Mopar box.

The body has rust in the upper and lower quarters, trunk drip channel, trunk pan, driver side floor pan, rear window plug, and roof. The nose has rust around the lower spoiler mounting bolts, and the hood has rust in several areas. The firewall, inner fenders, door jambs, torsion x member, and front frame all appear clean. The right/left frame has pitting on the inner sides, and ends.The engine bay is all original with original paint, wiring, hor, air cleaner, voltage regulator and equipment. There was a bracket to mount an idler pulley, and A/C compressor. ( The compressor has been removed).There are two holes cut in the firewall for A/C lines. A new steel reproduction latch tray comes with the car but not pictured.( the original latch tray had holes cut for A/C lines). The original stainless pillar mouldings are in excellent condition but not pictured.Some of the original paperwork from the original buyer is included. There was a build sheet in the rear seat, but it is to an orange automatic Superbird with a different VIN# not this car.

Call Dale (979)218-4409 to schedule an appointment to inspect the car, or for further information. We have 98 photos of the car on website nelsonvintagecarsandantiqueparts
On Nov-26-20 at 19:21:25 PST, seller added the following information:

The car is currently only for sale on eBay Auction.Please do not inquire on the reserve, or buy it now, it is confidential. Not interested in any trades. 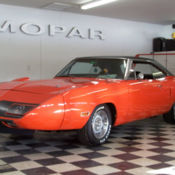 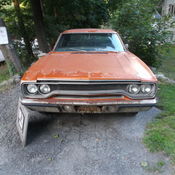 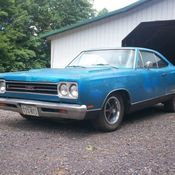 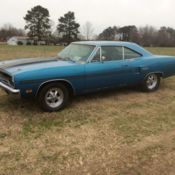 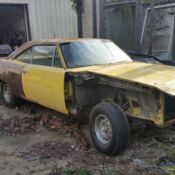 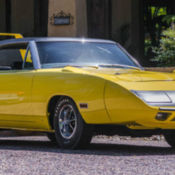 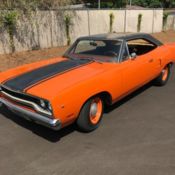 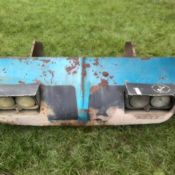 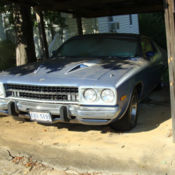 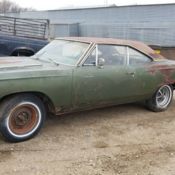