Up for bid is a 1959 300E Thames Panel. The original car was found in 1975 an original gasser reportedly out of Ohio. No original color or markings. When we found it in 75 the only marking was an Old Milwaukee logo on each door. The car features include:

All the correct trim such as lens's are in great condition

The car was originally built as the Smurfmobile and was shown and driven from 1980 to 1994. In 1995 after being driven 55,000 miles it was redone. Shown at many gasser events around the country and shown in the ISCA Autoramas. Last few years the car has been driven on occasion to local shows and minor changes have been done. Most recently a new fuel system and the removal of the 90's peach color on rear.We don't have to sell the car but just would like to see it used more than our time allows. NO trades will be considered. The car is fun to drive with no bumpsteer. It does drive a little hard but it is short wheelbase and a straight axle car. Car is for sale locally andwe reserve the right to end the auction early. 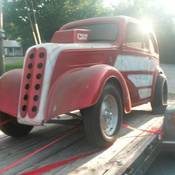 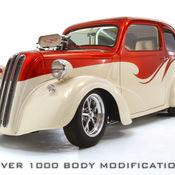 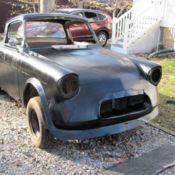 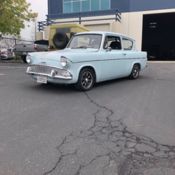 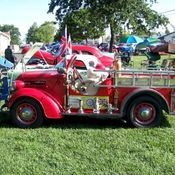 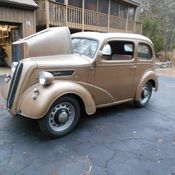 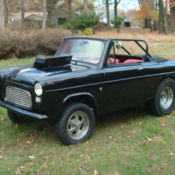 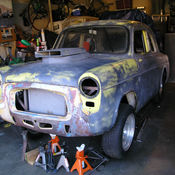 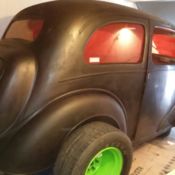 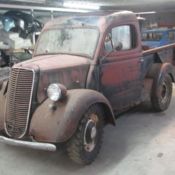