A very fine example of the seldom seen 442 in unrestored maintained condition with patina! This one has a local well-cared-for history prior to my purchase in 2014 from an elderly gentleman who was a long-time car collector, who owned the car for decades in storage, and never registered it in his name for driving! Since then I have had all the mechanical components inspected and restored as necessary, that were suggested by a local classic car specialist. Well over $3000 invested in various parts & labor to bring this car to a daily driver reliable condition, although it was in pristine condition, and the original engine and transmission remain untouched and in excellent order. Bottom line is, I have too many cars currently and this one remains mostly unused (along with several others!). Therefore, I am offering her for sale.This car has no rust in any of the panels. It looks to have been repainted many years ago. I did have the specialist inspect the car and it appears to retain all of its original panels, and needed no rust repair ever being a Southern car. All that was found was a light bit of filler in the passenger rear quarter, but only skimmed because a light duty refrigerator magnet stuck over the entire panel. You can observe the dent in the bumper where it was scraped, but this was not a "wreck". All body lines are excellent. paint is in god shape barring a few small imperfections here and there such as a few tiny surface spots along the rear window chrome as is typical of GM vehicles of this era. Chrome window surround has a few dings, and there is a 2 inch ding on the trunk lid. Since the pics were taken, I have touched up two paint chips on the rear corner shown in the photos. I am describing the flaws in order to be accurate with no surprises, but the car overall is excellent with a nice patina. You certainly should try to come look at it, and I believe you will be impressed for an over 50 year old car, with not only its looks but the manner in which it drives. It has true power steering so only takes a finger to turn!The 400 V8 has a very low, nice rumble you would expect from a mid-60's muscle car. Wonderful sound!!I had the title stored in a safety box at home, and it was conveyed to me by the former owner as an open title, which is how I will convey it. I essentially only drove the car to the repair shop a couple times and to one show, so did not get around to registering it.Total mileage may well be just the 40,500 as shown on the odometer, since it has mostly been stored over its prior ownership that I can trace, and the collector's mechanic stated that it is original, although I do not have any written verification. From appearances, though, it must be low as it does not show much wear. Note the original insulation still under the hood!I took the car for one last recent shop visit, where I spent $700+ on miscellaneous electrical system items and a new water pump, hoses and belts, just to make sure it was in good order before I put it up for sale. On the way home, the odometer quit working (believe it or not), probably a cable with old grease that broke from lack of use and lubrication. I decided not to return it to the shop as it would hold up my sale, since the cable will have to be ordered, but I will cover the cost for the buyer for a new cable, which you may install or have installed, as I prefer not to drive the car after the sale. I did add a few miles to the total shown on the gauge for this description, for the trip home from the shop.The sale includes the original Protecto-plate and booklet. See picture that includes the Owner Protection Plan booklet, the old title from 1970, signed over by the owner listed on the front, and also a couple of very old photos of the car that appear to be late 70's! It has not changed!I also have a set of 14" Olds rally wheels that I will sell to the winner for $250 if desired. I think they really enhance the car when painted, but I decided to leave the original hubcaps on for the sale. Tires are very old and should be replaced prior to driving for safety reasons in my opinion, although they are not leaking, and I have driven it locally short distances as it is good for the car to have a little use and be run form time to time.The car is being sold in its as is condition, without warranty, and although I have attempted to be accurate in my description, I will not be responsible for omissions or faults that I am unaware of. I expect a $1000 deposit within 24 hours of auction end, by PayPal if possible, with the balance due in 10 days, and pick-up within 2 weeks, unless otherwise arranged. I will assist with meeting your shipper if you do not drive it home.On Nov-12-17 at 20:19:00 PST, seller added the following information:

Tried to revise the listing just after posting but someone bid as I was doing it, and eBay would not allow me to change the "Paint is god" sentence to "Paint is good!" Forgive me!

Another thing..I do have the original trunk mat and original spare wheel with its vintage whitewall bias belted tire that I removed for photos of the trunk floor. I noted some surface rust in the trunk from what is likely an old trunk seal that needs replacing. 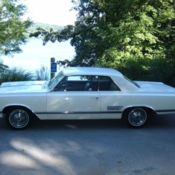 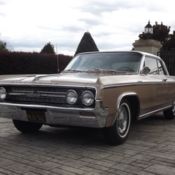 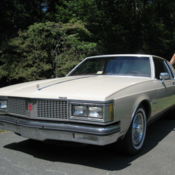 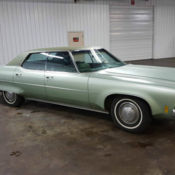 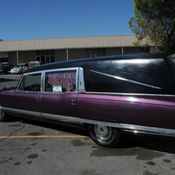 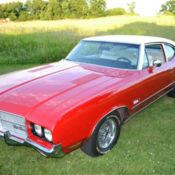 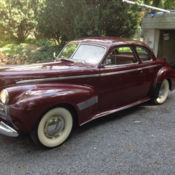 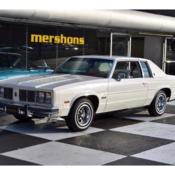 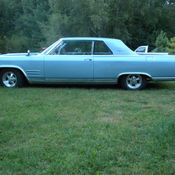 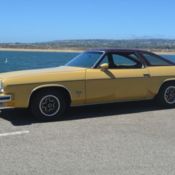