Offering for sale a rare and desirable Oldsmobile station wagon. Purchased from Arizona a few years ago, the body was solid and rust free but everything else was well worn. We have resto-modded it by replacing the engine with a smooth running powerful 6 litre LQ9 out of a Denali and mated that to a 4L65E transmission. It sports new 18" - Boss 338 wheels with BFG - G Force 245-45-18" tires. All suspension components are fully rebuilt and it has power steering; we added power 4 wheel disc brakes, aluminium radiator, a custom built exhaust system with Flowmaster 50 series mufflers and much more.

The paint and body work as well as the necessary fabrication for the engine fitment was professionally completed by Vintage & Performance Restorations and it is rust free laser straight. The car was originally all white, we have repainted it white with a silver roof and it has had a total interior restoration too.The tri-colour factory interior was custom recreated by Tom's Upholstery: logos that were heat stamped in 1961 are now stitched into the seats and door panels with silver inserts to compliment the silver roof.Under the carpeting and headliner the car was completely covered with Dynamat sound deadening material for a much quieter and cooler ride.

So few classic wagons survived through to today. In 1961 Chevrolet built over 168,000 station wagons. In comparison there were only 15,300 1961 Olds wagons produced with a scant 4000 of those being the Dynamic 88 Fiesta 3-seat models. It is estimated that there are fewer than 100 Olds wagons left: don't miss your chance on this amazing car. There were no corners cut or expenses spared in its restoration, the car was built for us for the planned 'many years of enjoyment' but we are now retired and realize we must downsize our fleet before we can downsize our home. We imported the vehicle from the USA and will gladly assist the buyer with importing back to the USA or worldwide.On Sep-10-16 at 10:57:22 PDT, seller added the following information:

Note: Recently we had carpeting added to the tailgate to help protect it as it was difficult to not scratch it: also custom done by Tom's Upholstery. See final photo 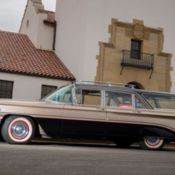 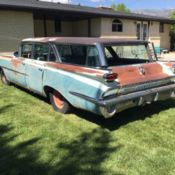 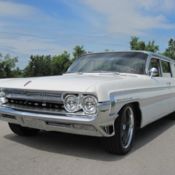 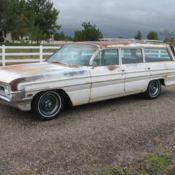 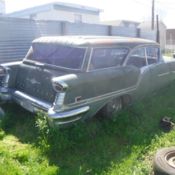 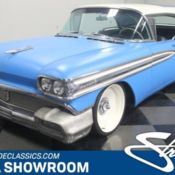 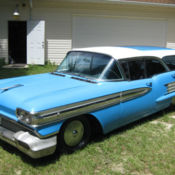 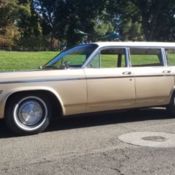 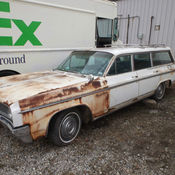 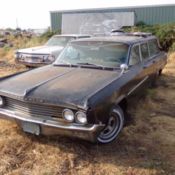