Hello everybody,
I sell my best toy after 4 years of owning. This gt-r has a clear history. It came to Russia from Japan in 2006 and was used in both countries for a drag only. I bought it in 2015 and rebuild it for street(every day) use, put A/C back, hicas(4whlsteer) on line, standard suspension and some more little things all over the car. Vin# BNR32-312247.

The engine is a bit modified, it has ACL bearings, gear type(JZ style) oil pump, Gready517z twin turbo charger kit, Denso ignition coils, Raceworks E85 725cc injectors, Tomei fuel pump, Cometic gasket 1,7mm, and AEM ECU working on a MAP sensor. The head unit is port and polished, valve bushes changed, camshafts are standard. Apexi fully copper radiator.
Right now it has 440hp( 390bhp) and 48kg of torque on 0,75kg/cm boost. I use 98 gas, but it also runs great on 95 for long distance rides. Theoretically, those 517z can do 650bhp on 1,7kg/cm boost. I never had any kind of boost controllers, cause I don't like the sound of a standard gearbox disintegration of such a power.
The gearbox is standard with the standard clutch, but it is Vspec2 with the reverse press. I have also automatic transmission(4wd) from rb25det with very low milage, but it needs to be enforced to hold such torque. I can give it with a car for free, but I don't have any interior details for an automatic transmission.I rebuild brakes last year with Advics repair kits.
The dashboard has all aftermarket sensors, boost, fuel pressure, exhaust temp, knock sensor.The Exhaust pipe is HKS supperdragger 80mm, but I added resonator from nissan patrol, so it goes 88dB(street legal in most countries) on full throttle. No headaches guaranty and you can listen to tranquil music while revving:)
It had no stereo for a long time (real racers listen engine knocking), so I've installed Sony head unit with usb port and Alpine speakers D series and a soundwoofer 600W. Sounds not bad.
The body is solid, I renewed paint last year because of small scratches and some signs of old decals on the body. The colour is simple white without lacquer. There are no signs of rust. This gt-r had no serious accidents and every single fender is unbroken, except rear spoiler(big one), it has some cracks. Both window weather strips changed on b-new, the gearbox knob also b-new, headlights are N1 ( I have standard and give it to buyer), I bought spare carpet in perfect condition because this gt-r had 2 different rollcages in its life and those barbarians on first hand from Japan after it from Russia made cuts in the carpet for each rollcage in different places.The tyres are almost new, run less than 2000km. Cooper Zeon 24550R16.
Everything in this car is made for good reliability and affordable fuel consumption for everyday use, I compare it with my wife's Acura RL 2007 and it is equal in the city traffic.The reason of selling is simple, I grew up and 300kmh on a highway is not a goal anymore:)
I can ship it in any seaport in a 20" container. I also need about 7 to 10 days after payment to get paperwork done because of russian laws:( and at the same time, I'll arrange shipment to your destination. The cost of shipment to San Francisco is approximately 2500usd. There's also a roro service but it needs to be checked.
P.S. if u need a video, some extra photos, a dynostand readout I can do it on demand. My whats'app 89147915965. The Gt-r with decals on photos shows early days of it in a drag racing(10,5s in quoter in 2011 best time).
That is GT-R, it is noisy, it has terrible climate control, You are sitting like on the stone bench from Osaka's park with same adjustments, You can barely see speedometer readout in a sunny weather, It has really chip plastic, real leather comes only on MOMO wheel, BUT after showing once again that iconic 4eyes rear glance to another amg, m-power, f-sport, eco-boost You are just forgetting those inconveniences. 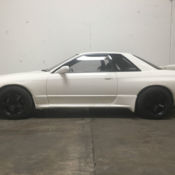 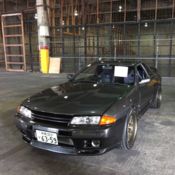 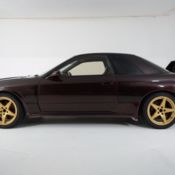 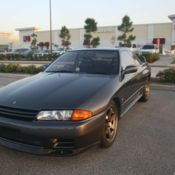 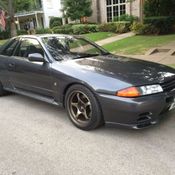 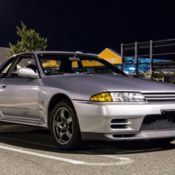 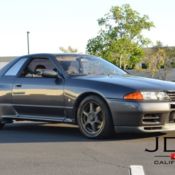 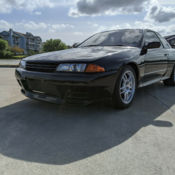 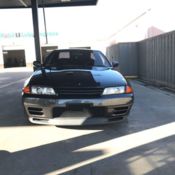 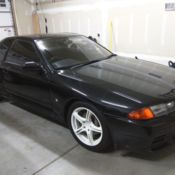