1982 Ford Bronco
Great truck, my kid bought it, but the gas is KILLING him so I told him I'd list it here.
The Good the Bad and the Ugly!

The Good:
There is something about a full-sized truck from the days of cheap gasoline!It's really fun to drive!Upgraded manual Warn locking hubs.Edelbrock Carburetor more on that darn thing later...Chrome Edelbrock air intakeChrome Valve coversBronco's are just awesome! Find an old Bronco from the 70's and it goes for big $$$! Though most of them have been rebuilt. This could be your empty palette!The color is great, the body was Rhino lined by the previous owner.It was a DNR (Utah Department of Natural Resources) vehicle.
The tires are Michelin Big Foot's with a lot of tread on them.My mechanic felt the motor was working well, and hits on all cylinders.
We have been driving it, and it drives well, except for that carb, more on that darn thing here in a bit...
Brand new windshield (That stupid this was expensive!)Brand new alternator, Yay!It would be an awesome hunting rig.
Taking the top off and driving around is just stinking FUN!!!

The Bad:
The kids that owned it before us decided to make it into a rock crawler and monkeyed with a bunch of stuff. They removed the smog pump and catalytic converter. They rebuilt the cross-member, but actually did a good job with that. They disconnected some other things that don't make any sense to me. They removed the windshield wiper sprayers. The fuel lines have been rerouted in a way that makes me a little nervous, across the distributer cap. There might be some other stuff, but I'm not familiar enough with these trucks to know.The bottom of the fenders have rusted though.Without the smog stuff, it won't pass I/M, we registered it as a classic.No A/COil is leaking from the valve cover.The back window is missing.The tailgate handle doesn't work, you have to reach in and pull the latching lines.The drivers side seat has a pretty big rip in it.TERRIBLE gas mileage.

The Ugly:
She bogs down when driving. I think it must be the carb. I understand Edelbrocks can be hard to tune, and I don't know anything about them. It could be something else, but I do suspect it's that thing. My son says that it starts to bog around 50, but isn't consistent. I'm not sure.

You need to pick it up locally at my house in Saratoga Springs Utah. No returns, but if you buy it and come to get it and hate it I'll give you your deposit back. If you have questions or want more photo's message me and I can get you the info your interested in. 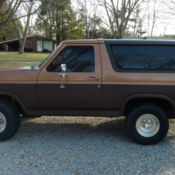 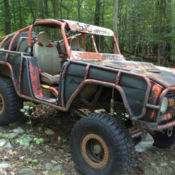 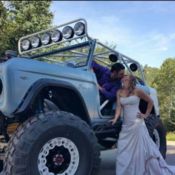 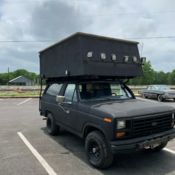 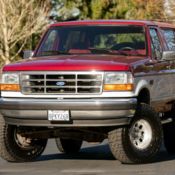 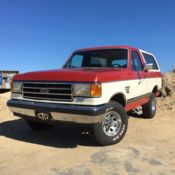 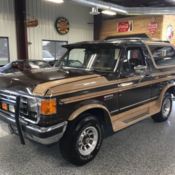 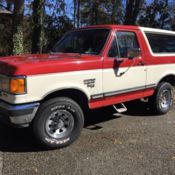 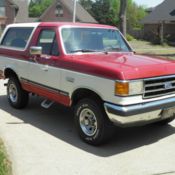 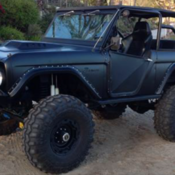