I'm selling my 1973 Q code Mustang Mach 1. "The last year of the True Muscle Car Mustangs!"I bought it in March of 2006 from the car's 2nd owner (who bought it in January of 1989 with 9,866 miles on it from the original owner...as verified on car's title). There's still the original 48,087 miles on the car, which the 2nd owner racked up. 2nd owner died, it parked for years in a field in Colorado, and the son sold it to me in 2006. I drove it (it ran after cleaning up the distributor points), and parked it in my garage with the intent to restore it...but 1 wife and 3 daughters later, I've barely touched it!
Needs restoration, but I still have all the parts in the trunk (that I removed during my time with it)
Because it lived in a field for years, some of god's creatures made a mark on the car's interior (see pics).
Its tough life also gave it some rust (see pics)
You'll notice camber/low set front end of the car. this is due to the front springs having been removed (part of my work towards replacing the rusty shock towers in the engine bay).
I was hesitant when I bought it, because the son told me it was all original, but there's a 2V 351c in it (Q code came with a 351c 4v). He said his dad wanted better gas milage, so he swapped the 4v for a 2v, but I don't know how to confirm it (see pics) I haven't replaced anything on it, so it's exactly as a I bought it in 2006 with the 48,087 original Miles.
Let me know if you have any questions! 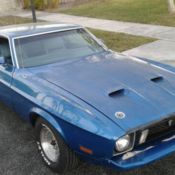 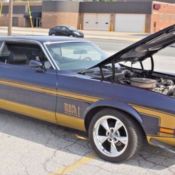 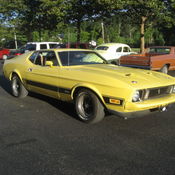 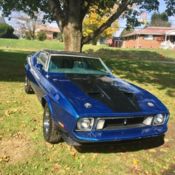 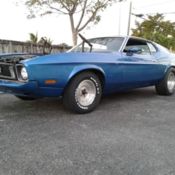 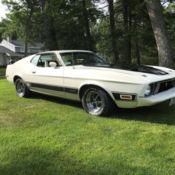 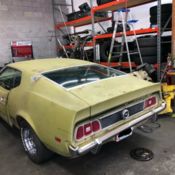 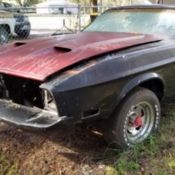 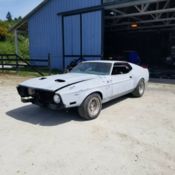 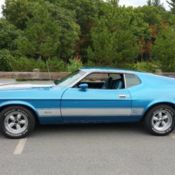