This incredible Model T is a replica of the Moonshiner shown in the 1959 Oakland Roadster Show and later owned by Mickey Himsl in 1962. Micky traded this car away in 1965 for a 1932 Ford Vicky and regretted it almost immediately. He searched for his original car for many, any years and kept running into dead ends and in 1995 decided to build a replica, ocated a Touring body and the journey began.The Touring body had the back removed and was painted a Chevy Skymist Blue and pinstriped by Art Himsl. The upholstery was done in white vinyl by Freddy Diaz at Concord Auto Upholstery. The dash was welded and molded in place. Correct vintage gauges installed. Period correct Bell steering wheel connected to a 1956 Ford truck steering box. 1939 Ford pedals. Finally channeled 7" and dropped on a shortened Model A frame.The engine is a 59 AB flathead with Edelbrock heads. Fuel delivery is handled by 4 chromed 97 carburetors (2 dummies) mounted on a very rare Baron Tattlersfield 4x2 aluminum intake manifold. Ignition is handled by a Mallory dual point distributor. Chromed waterpumps, custom radiator and electric cooling fans keep the temperature in check. The exhaust system is comprised of chromed headers, ipes and Glaspac mufflers. The transmission is a 1939 Ford unit.The front suspension has a rare "Axle" Stewart chromed front axle. The rear is a chromed 1940 Ford unit with 3:78 gears. Rear brakes are 1940 Ford as well. Wheels are 7.50x16 tires on reversed 16" rims on the rear and 5.60x15 on stock style 15" rims on the front. The car was finished in time for the 50th Anniversary Grand National Roadster Show in 1999 and then basically put in storage from 2000-2014. In 2014 Mickey decided it was time to dust off and freshen up the "Moonshiner" for the 2015 indoor show season. The car was mechanically gone through including: new coil, istributor, attery, ebuilt waterpumps and completely rebuilt rear brake system. All fluids were changed and the car received a major detailing to show quality with paint and striping touched up by Brandon Flaner from East Bay Speed and Custom.All of the work paid off when the "Moonshiner" won first place in its class at both the Grand National Roadster show in Pomona and the Sacramento Autorama. Now, ith another recreation in the works, ickey has decided to let the "Moonshiner" go to a new home. This car runs and drives excellent with under 1,000 miles on it and couldn't be built for near the asking price. Currently titled and registered in California. As an added bonus the car was just photographed by professional photographer Tim Sutton and will be a feature vehicle in volume 11, ssue 1 of Hop Up magazine due out in April 2015. 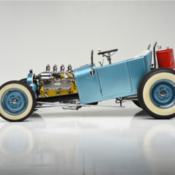 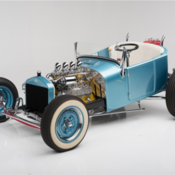 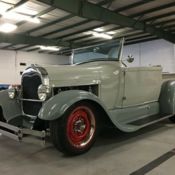 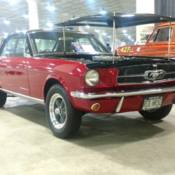 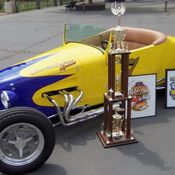 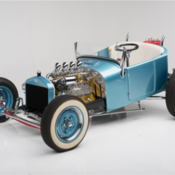 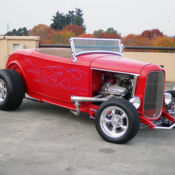 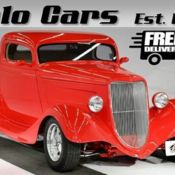 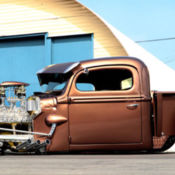 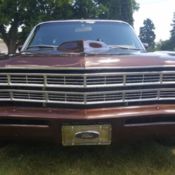