The true measure of great cars is their long-term value to collectors. The Impala SS was special when it was new, but it has only been in the fullness of time that we've learned just how special. As the last rear-wheel-drive, body on frame sedan built by GM, it does hold a place of distinction. But add in a Corvette-sourced LT1 under the hood, an athletic suspension, and that distinctive monochromatic paint job, and you have a slam-dunk of a collector car that STILL has a strong following more than 20 years after it went out of production. Special? You'd better believe it.
It's safe to assume that the guys who bought these cars new realized that they were buying a piece of history. As a result, cars like this 86,000-mile 1994 example are often beautifully maintained. This one is 100% original, with no accidents or panel replacements, and the finish is amazingly well preserved, which is a challenge on a black car. Credit the car's wonderful condition to clean living with an owner who never used it as a daily driver and instead treated it as a collector piece almost from day one. Heck, there are barely any marks on the nose, which often takes a brunt of the abuse. Even dressed in high-gloss black, the car still looks big, but its imposing nature definitely makes a statement and by now everyone knows that these cars shouldn't be trifled with on the street. Even the blacked-out grille looks awesome, the chin spoiler doesn't show major scuffs from driveway aprons, and all the Impala emblems are factory original. Impressive.
The only interior available with the Impala was gray leather with buckets and a console. This one shows only minor signs of use, certainly in line with the mileage and age, and the leather remains supple and smooth. The back seat still looks brand new, and if there have been more than a handful of passengers back there over the past 15 years, it would be a surprise. The combination digital and analog gauges are 100% functional, and it even retains the original Delco AM/FM/cassette stereo. Of course, everything was included with the SS such as A/C, power windows and locks, and cruise control, and it's all working properly (these are very reliable cars). And as the last of the full-sized sedans, the trunk is positively massive, still carrying its original spare and an unmarked mat with cargo net.
Power comes from GM's indestructible 5.7 liter LT1 V8, which makes 260 horsepower in the Impala SS. Mated to a 4-speed automatic, it's the same powertrain that struck fear into the hearts of motorists living inside black and white police cruisers. Properly maintained from new, the engine bay looks fresh off the showroom floor, and drives like it should. And unlike many Impalas, this one has not been modified in any way, right down to the exhaust system and those gorgeous 17-inch aluminum wheels. 4-wheel discs were included, as well as a heavy-duty suspension, giving the Impala moves that belie its size and comfort, and one glance underneath and you'll understand that that this car has never seen snow or inclement weather. Four 255/50/17 BFGoodrich G-Force radials have been fitted, making this car ready to rock immediately.
The Impala SS is a rare machine, not just in terms of production, but in that it is a car that instantly created and ended a niche market, defined an entire market segment, and ended an era. That alone ensures collectability, but the fact that it is also a party to drive makes this one to own for yourself. Call today! 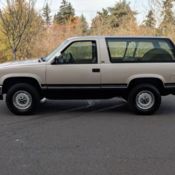 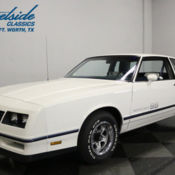 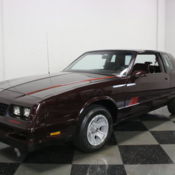 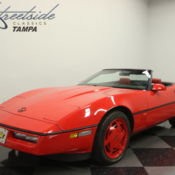 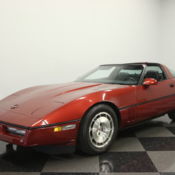 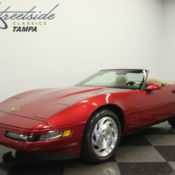 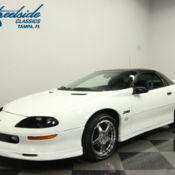 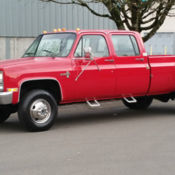 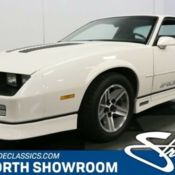 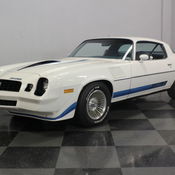