Well, in the late fall of 1989, Chevrolet ran television spots claiming this pickup was "The pick up from Hell" —in the video the pickup smoked the tires, and it did look pretty badass! This pickup truck has never been treated in this manner, and as a matter of fact, is the lowest mileage, best cared for, for sale in this country today.
The advertisement, coupled with a special girlfriend's persuasive ways, encouraged me to head out to the "mile of cars" in Carlsbad California one afternoon in late December. After a test drive, and completing the required paper work, I drove off the lot in the "pick up from Hell".
U.S.M.C. Pilot Owned:
I remained in the SoCal area for the next 4 months and drove this vehicle daily. During this timeframe the majority of its current 4,811 miles were logged on the odometer.
Just prior to shipping out in early May of 1990 for yet another WestPac tour and ultimately what became the Gulf-War, I drove the pick up back to Idaho for storage and safe keeping. The pick up has remained in storage in the southeast Idaho area since that time.
Vehicle Specifics:
-It is a C 1500 (1/2 half ton) standard cab, short box, 454 cubic inch (big block, 8 cylinder) throttle-body fuel injected engine coupled to a 3 speed automatic transmission.
-Power windows and locks.
-Factory AM/FM cassette with graphic equalizer.
-Air conditioning
-fuel, temp, oil pressure and amp gauges.
-Exterior is onyx black with 454 SS badging and blacked out chrome package as well as front air dam.
-Interior is red cloth bucket seats and console.
Shortly after my purchase I installed a rubber bed mat in the box, a tool box for the bed that I had painted to match the exterior, side bed rail caps and put in a rear window louver cover. In the cab I also put in aluminum diamond plate protective pieces at each doors threshold(to protect from scratches that typically occur while passengers might drag their feet into the cab). I also put in a dash mat to protect the dash from UV damage.
Over these past 27 odd years the pick up has been covered with a custom fit cover and has been garaged the ENTIRE time (has NEVER spent even one night out of doors). In addition, this pickup has not been driven in the rain, mud or snow. If one crawls under it they can still see the various grease pencil markings in blue, yellow and white from the factory.
The pickup still has the original B.F, Goodrich tires to include spare. The vehicle has been started on a regular basis and moved to and fro as necessary. There is nothing quite like starting a big block engine with the sound and feel of plenty of horse power and serious torque causing the engine to twist in the mounts (the entire vehicle has a smooth, earthy rumble and roar with each throttle depression!).
The oil and filter has been changed on a routine basis as well. Stabil fuel stabilizer has always been utilized and new batteries have been installed when required.
This pick up is in the "showroom condition" category, and I reserve the right to remove it from the eBay selling forum if a Chevrolet Executive calls after this is posted.
At present it is time for me to begin 'down sizing' and freeing up garage space. I would really like to see this special pickup go to a good home and a caring owner.
In summary, it is a low mileage, one owner vehicle that has been garaged for nearly 27 years. please take the time to look over the details and photographs. This "pick up from Hell" could be the one here on Earth that you are looking for! 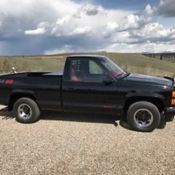 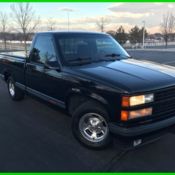 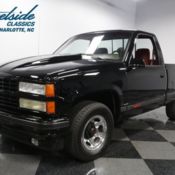 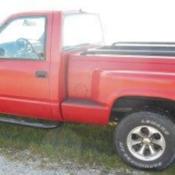 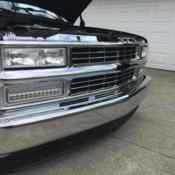 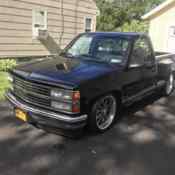 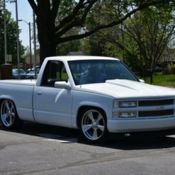 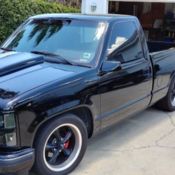 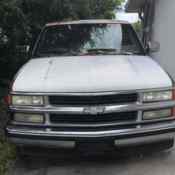 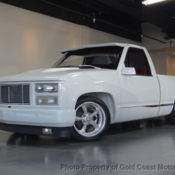