Hello! This car is not a daily driver...

Buyer to pick up or arrange shipping after payment received.

Thank you for taking a look at my car which has been placed for auction. To give a little back story I am I believe the 3rd owner and have owned this car since 1999. I purchased it when I lived in Florida 1999-2001 it was a Florida car from 1989-2001 now lives in Pennsylvania. I replaced the entire drive train and suspension over the past 10 yrs and frankly I'm just tired of the car and I have a 2010 that I love. The average miles per year are 50-75 as I only drive it a few times a year around my small town. The total mileage on the car is 107,666. I was told this is a somewhat rare car with a 5.7l and ttops but have no proof of this and never cared to look it up. This is not a perfect show condition car and does have flaws/character but wouldn't take much to be. The paint under the bra is shot from getting backed into as well as just from age. Clear is chipping off a little on the drivers door, rear bumper and a spot on the roof. Some of the car has been repainted and some is still original and all things considered it still turns heads and gets lots of compliments. All the pictures are from last 2015/2016 as you can see looks realnice still. The fuel injection system I put on was never properly dialed in but I got it to a level it runs good but couldpossibly be better with aprofessional tune(I'm being honest but it runs strong and good). The interior is charcoal leather removed from a 1997 ss crash car whereI also got the 6 speed manual trans. The wheels are starting to pit (look real good still) and are custom 20" chrome iroc wheels but it also comes with the factory 16"set. T-Top bag is still in the car and in good shape as well as the ownersmanual.Finally I will list all the upgraded items... 400+HP

Original block bored .030 over and decked

All new bearing and internals

First injection over sized TPI to handle the engine mods

3" Y pipe to 4" single exhaust by Mufflex all the way out with two muffler options, really loud single chamber or loud 2 chamber both 4" with flat style clamps to change them

Eibach springs one1" lowered in the rear to sit level

I know I left a bunch stuff out but that's all I can think of for now any questionsPLEASE ASK...Ready to pass this car off to a new home and someone that will give it a fresh new love affair as I'veout grown itover the years. Thanks for looking 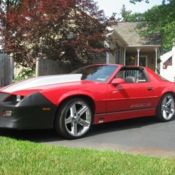 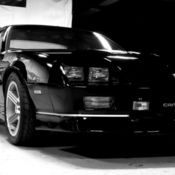 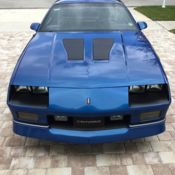 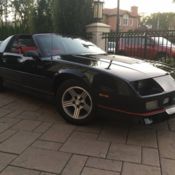 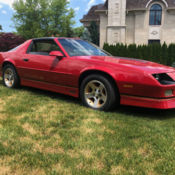 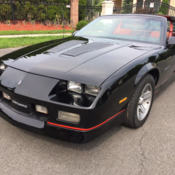 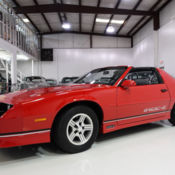 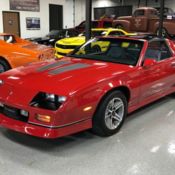 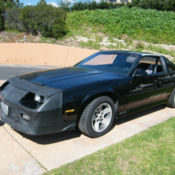 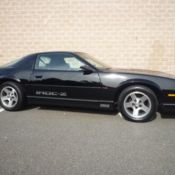