I bought this truck from the Original owner and it ONLY has15.6 MILES on itand I got every price of paperwork from day one. Nothing wrong with the truck; I had to buy it as a package deal with another car.
The 1990 Chevrolet 454 SS is a high performance full size pickup that mated the C1500 standard two wheel drive cab with an absolutely killer 454ci 7.4 liter, eight cylinder engine(V-8), the 3 speed automatic transmission and a 3.73 rear axle ratio helped thrust the 454 beast under the hood, the engine(90 Model) produced a maximum of 230hp, 385 foot pounds of torque, All this power was pushed out to Goodyear tires on Special 454 SS rims. The interior comes equipped with a special plush Garnet Red cloth interior and high-back reclining sport bucket seats with a Center Console.
With the Huge 454ci Big Block there is not much room left. Unlike the 350 and smaller Engines this 454ci fills the entire engine compartment.
Other items include front airdam with lights, 454 SS graphic decals on rear bed left and right, black paint with black grille, bumpers, and mirrors. Halogen Headlamps, Also standard for the 454 SS were 32 millimeter Bilstein gas-filled shock obsorbers, a 32 millimeter front stabilizer bar, 12.7 to 1 fast-ratio steering gear assembly and heavy duty jounce bumpers, great looking black or chrome lug nut caps.
This specific model of truck was only produced from 1990 to 1993 and cost about $18k to $20k new.
A Little history

The base Model was first introduced in 1936 and by 1990 was selling more than a half a million units a year. up through the years the truck came in either two or 4 wheel drive and both versions came with either a six-and-a-half-foot box or an eight-foot-box.
Trucks like the 454 SS shown above were produced from 1990-1993. Total number of units produced was 16,953 its best year in 1990 with a total of 13,748 units sold, that left a total of 3205 sold from 91-93. The 454 SS had reduced payload capacity smaller than the standard models in the years before, a high sticker price-(Most buyers forget about the high price after sitting behind the wheel) and only gets at best 10mpg-12mpg
The 454 SS was and still is a pure thrill machine. Stock models are good for mid to high 15 second range in the quarter mile times. Its mid range punch is even better. The 454 SS was manufactured and assembled at only one General motors plant located in Fort Wayne, Indiana 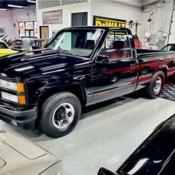 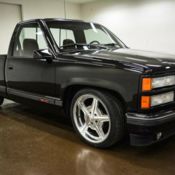 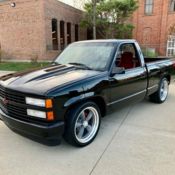 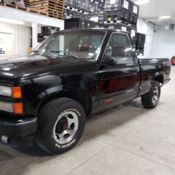 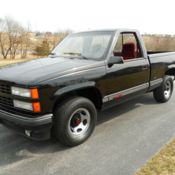 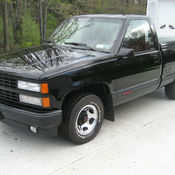 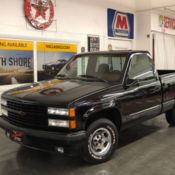 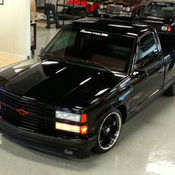 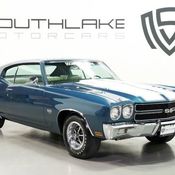 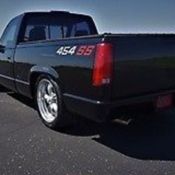