The Model 87 was one of only two 80-Series Buicks in 1931, with the other being a victoria coupe. They built about 15,000 of them and it's worth noting that it is nonetheless a Full Classic with the CCCA. A few years ago, I owned a 1932 Buick Model 97 sedan that I thought was terrific and this '31 is even better. It's the same engine in a slightly smaller package (124 inch wheelbase vs. 134), so performance is robust,... and thanks to some smart upgrades, this big, handsome Buick is ready to tour at the head of the pack. The restoration was apparently finished in the early 2000s with the intent of using it in the Great Race, but that never happened. Instead, it's a big, attractive tour car that just works like it should and looks great doing it. The two-tone red bodywork is just right on the semi-formal sedan and with dual sidemounts, a trunk, and wide whites, it's unquestionably an imposing machine. There's no evidence of haphazard workmanship, just a few signs of age and use that are perfectly OK for a car that wants to run down the road. I think the only thing I would add is a subtle pinstripe, maybe a light gray or taupe to match the interior, right along the beltline—it seems unfinished without it. Not too much, just a single line. The Trippe lights up front and the trunk in back work with the sidemounts to give this big Buick a classic look that stands out among smaller machines. You'll also note auxiliary lighting for brakes and turn signals, another safety upgrade for touring, and the front fender lights have been adapted for turn signals as well. Chrome is excellent throughout, and the overall impression is that someone spent a lot of money and then enjoyed the car they way they were supposed to. The mohair interior is quite handsome and correctly done. The door panels are beautifully stitched and the seats are comfortable enough for all-day touring. The driver gets the usual controls, plus extras like an aftermarket fuel level gauge under the dash (which, not surprisingly, is inop) and a row of toggle switches to manage the various other upgrades: fuel pump, Trippe lights, defroster, and windshield wiper. The original speedometer, ammeter, oil pressure gauge, and temperature gauge are all fully operational and it runs at about 160 degrees no matter how hot it gets. Seat belts were added, although I'm not sure they're good for anything but keeping kids from moving around, but it sure is comfortable in the back seat. Buicks were expensive cars and it shows throughout this high-end Model 87. There's nothing that feels merely adequate inside; you got a lot of car for your money at the Buick store. Of course, this one has been modestly upgraded for touring, so purists might not be pleased but if you're a driver you're going to love it. The muscular 344 cubic inch OHV straight-8 delivers big torque without much effort and idles so smoothly that you almost can't feel it running. It sports a later 2-barrel downdraft carburetor on the stock intake manifold, which has been flipped over, replacing the original Marvel updraft unit. It surely cuts down on vapor lock issues and sure makes tuning and service easier. It starts almost instantly with just a little choke and the sucker pulls like a freight train at almost any speed. The electric fuel pump is on a momentary switch, so it's mostly for priming and the car runs just fine using the stock mechanical pump alone. Someone has also cleverly integrated a 6-volt alternator into the front engine dress, keeping the original generator to run the water pump. It looks almost OEM and it's nice to see a steady 10 amps of charging, even at idle with all the lights on. That big torque means the 3-speed manual transmission doesn't need many downshifts and thanks to high-speed gears in the rear end, it cruises pretty easily at 55-60 MPH, which is a big improvement over stock. It still feels eager around town and pulls low speeds smoothly, just as it should. There's a nice 8-cylinder burble from the new exhaust system and the mechanical brakes are reasonably effective, although you should plan ahead. Someone added a steering stabilizer on the linkage, which helps it track straight at highway speeds, and I've personally verified that it's stable and smooth at 55 MPH. It sits on painted 19-inch wire wheels that have an understated look in black and the 7.50-19 double-sided whitewalls give it a suitably beefy look (most '31 Buicks look like their tires are too small because they wear 6.50-19s like those in the sidemounts). Those tall tires also help with highway cruising and don't affect the ride or handling one bit. This is a fantastic Full Classic tour car that's mechanically excellent and really quite handsome. It's as fast as anything else from the period, if not faster, and someone else has already made all the changes you would have made anyway. Well-sorted yet affordable Full Classics are a rare find, and Buicks of the period are as high-quality as anything else you could buy. This fantastic sedan gets everything right and does it at a very reasonable price. 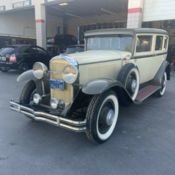 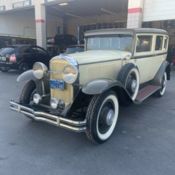 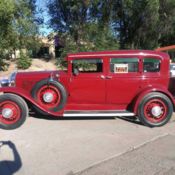 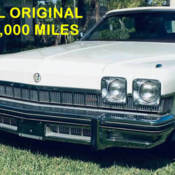 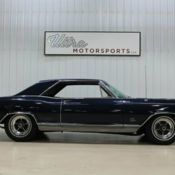 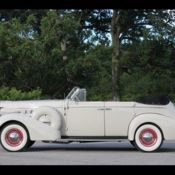 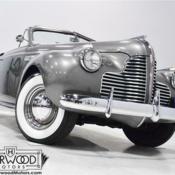 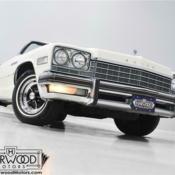 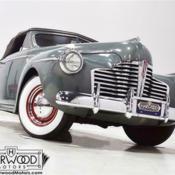 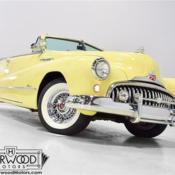