For your consideration; a 1941 Buick Special. 248 OHV straight 8 with dual carburetors. 3 speed manual transmission (3-on-the-tree). Clear title in my name in hand. A few details: I would call this a parts car or an ambitious project. Car is fairly complete. I have no keys, ut the ignition turns anyway (without a key). The air cleaner is missing. Otherwise I think pretty much everything is present that should be. If there is something that is of particular interest, lease ask; I will check to see if that item is present and provide requested details of same. Some background: I bought this car from a fellow who was moving and was unable to transport it. It was one of those “all of a sudden” deals one evening. I thought it was a cool car and I would eventually figure out what to do with it. That was in 1991. I stored it in a shed at one location for a number of years until I sold that place, hen moved it to another location. It sat in the garage at that place the rest of the time until I recently pulled it out in anticipation of selling that place. I would prefer to sell it now rather than move it and store it again. More details: I bought this car as it sits now. I’ve done nothing to it other than start it and play with it a bit on two occasions. Once shortly after I bought it and once Saturday 9/12/2015. I have posted a video on youtube showing the engine running 9/12/2015. Please type “dadscads 1941 Buick” into your search engine and it should be one of the first results. It actually sounds pretty good. The oil gauge shows 0 when not running and 30 at idle warm. I checked the oil and added some antifreeze and got it started. I warmed it up a bit and shut it off and started it a few times on Saturday. After running it for a while I noticed coolant leaking at/near the back of the water pump; at which point I stopped running it. I ran it from a gas can (the tank has gas that is vintage 1991 at the newest and probably older than that). Please note, he battery shown in the video is not included. As noted above, he ignition switch turns without a key; and functions regarding run and shut off. The vacuum switch in the carb functions (starts when moving the accelerator and does not allow starter engagement when running). The clutch is worn to the point that the car basically won’t pull itself. You might creep it along on a smooth surface -maybe, ut it surely won’t climb onto a trailer. Brake pedal to the floor. It was that way 24 years ago and hasn’t thought of a good reason to come up yet so it’s still there. The interior has at one time I’m sure been home to some wildlife; but has declined to a point where even nature avoids residence there. The steering wheel has been replaced with another year Buick wheel (I believe a 1953). The trunk lid has a nice big dent from where the previous owner made a poor decision trying to push the car with a tractor. The body has rust. Significant rust in the rock panels. Passenger side “B” pillar broken loose at the bottom. The doghouse is probably the best area of the body. Some additional perks: Along the way, picked up a better grill and side vents/hood latches. They are not cherry, ut better; and would be suitable for a casual driver. The grill has light to moderate pitting overall (it still looks nice from a distance, hen you get closer you can see the pitting). I would be comfortable using this grill as is on an everyday driver. The cast latch pieces of the side vent latches are complete and intact (that is the main reason I bought them). These parts are included if the buyer wants them. Pics of these parts (as well as a variety of pics of the car itself) are posted on flickr. Please search for flickr dadscads. The terms: A $500 deposit via paypal is required within 24 hours from close of auction. Balance of payment in cash when picking up the Buick. Full payment and pick up should occur within ten days from end of auction unless other arrangements are discussed and mutually agreed to. Pick up / shipping is the buyer’s responsibility – please be aware that vehicle cannot be driven and that loading will require a winch or a group of large friends or magic. Inspections are invited and encouraged. Vehicle is sold as is where is. Closing comments: I expect that this car would be most desirable as an engine donor and for various other harvested parts. As seen in the video, t appears to run fairly well. Obviously buyer should expect to invest in some maintenance, eplace seeping gaskets/water pump & fuel pump service, tc. at a minimum; if not full disassembly and rebuild. This car has been dormant for at least 24 years, nd who knows for how long before that; and it is obviously neglected and rough. Buyer should be realistic about what this car is and the extent of work that would be required to make it functional. Having said that, hese are getting harder to find; so even the rough ones are becoming more desirable. Please ask questions prior to bidding. Thank you for looking. 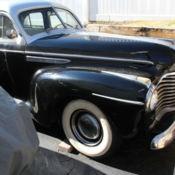 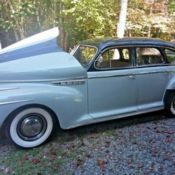 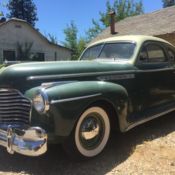 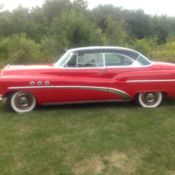 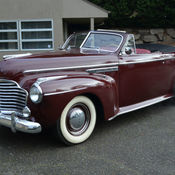 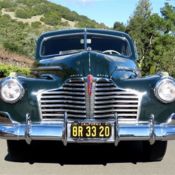 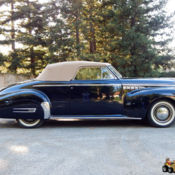 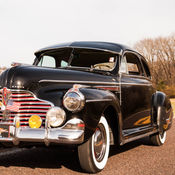 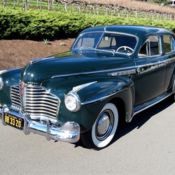 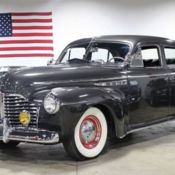