This is a nice and pretty hard to find BMW E30 318i TOURING ( VIN # WBAAG71030ED81790) that it is all original with the exception of the lowering springs which are K&W and the conversion was done in Germany by a previous owner. I bought, exported the car from Europe and imported it here in the US. So, all the work ( and expenses ) was done me beeing the first owner here in the US. The car is titled, insured and taged here in Georgia. It drives very nice, no funny noises. I drove it from south of Germany, where I got it to Holland and then at the end of August this year, from Jacksonville, once it arrived, to Atlanta. The drive was smooth, prety tight and the transmission shifting very well, as it should. No AC, from factory as most of them in Europe are and manual windows, front and rear. As I said, the car is not perfect, spending all its 27 years in Germany's winters, but, in my opinion survived better than many others. As far as I could find, there is rust at the bottom of the passenger front door, under the windshields gaske, rear valence, under the bumper and, like most of them, under the rear license plate. Also, inside the rear quarter panel looks like there is some surface rust. Most of what it can be seen, is dirt in there. There are some scratches and a light dent on the hood, a dent on the drivers front fender and a patch work on the drivers side rear door, right where the wheel arch starts. Looks like somebody in the past removed some rust but not painting it after the red primer. Inside, the car is clean with no cracked dash, instrument cluster working as it should but the seats need some help as it can be seen. Door panels are nice and the headliner is not ripped or soiled but is sagging and needs to be reglued or replaced. The cargo area is pretty clean but, as shown in the pictures, inside covers for the rear quarter panel, where the speakers are,have seen better days. I am sure that there are some things that I missed but feel free to ask any questions that you might have or if you need more pics, with specific areas that might not been covered in the descripition or pictures. My reserve is beeing set pretty low for this E30 so,please bid only if you serious and have ability to pay for the car.No international bids or shipping. $500.00 USD non-refundable deposit will be due within 24 hrs of winning bid. The winning bidder commit to buy the car and unpaid balance must be paid with cash or bank check. In case of shipping, I will assist with that but the responsability of picking up the company and paying for that service is solely the obligation of the winning bidder. 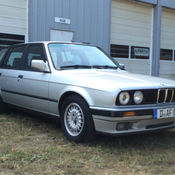 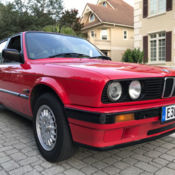 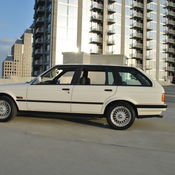 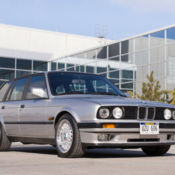 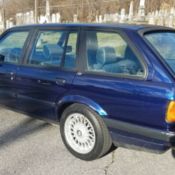 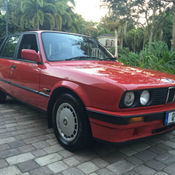 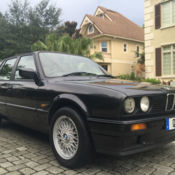 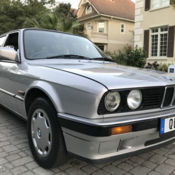 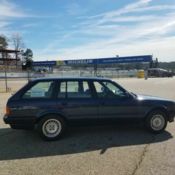 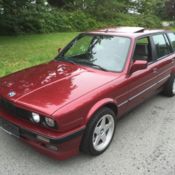