1973 ALFA ROMEO MONTREAL: --Orange, Black interior with Beige cloth inserts, Black dashboard, Grey carpeting, Restored, Serviced, 92,000Km/57,000 miles, 2.6 Liter V8 engine, 5-speed manual gearbox. The Montreal is one of the most sophisticated and striking post-war Alfa Romeo production cars. It uses a detuned version of the quad-cam, fuel-injected, dry sump V8 used in the legendary Tipo 33 prototype racecar. The Montreal has a Spica mechanical fuel injection system, a five-speed ZF manual gearbox, front independent suspension, a live rear axle with coil-spring suspension, four-wheel disc brakes and a chassis derived from the iconic 105-series cars. Designed by Bertone, the Montreal was wide and low with a shark-like nose extending through a curved fender and shoulder haunches into a truncated tail. The headlight â€œblindsâ€ and stacked horizontal vents on the C-pillar were rather attractive and very futuristic at the time. The V8 produces 200bhp taking only 7.1 seconds to get to 60mph and reaching 140mph back in 1971! Besides its stunning looks, the Montreal is practical with a 2+2 seating configuration and a full trunk enclosed by a glass hatchback. This Montreal was sold new to its first owner in The Netherlands in February 1973. It was reportedly with the original owner until 1989 when sold to its second owner also in The Netherlands. History resumes in 2017 when acquired by its next custodian. This owner entrusted Italclassic of Alicante, Spain to carry out restoration work. This included refinishing the exterior in orange, refreshing the interior, tuning the fuel-injection system, and installing a new exhaust system and jacking points. In 2018 Alfa Romeo specialist, Sam Van Lingen of the Netherlands, installed new fuel injectors and set the valve clearance. The Montreal also received new fluids, filters, and hoses along with an upgraded water pump. The Montreal was then sold in 2019 and imported to its previous owner in California. A truly iconic sports car, this Alfa is comfortable, yet dialed in for around-town or long highway cruising. A recent road test attests to the car performing excellent in every way and it is ready for immediate use and enjoyment. The engine pulls extremely well with plenty of horsepower and torque, the mechanical injection is set up properly and the gearbox and clutch feel as new. Over the years we have owned several Montrealâ€™s, this is one of the finest in all areas. With just 3,925 examples built between 1971 and 1977, this Montreal is both rare, exotic and a lot of fun to drive and worthy of a place in any collection. This Montreal is complete with its original service book, original Netherlands registrations, spare tire and recent service records. 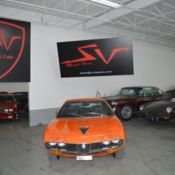 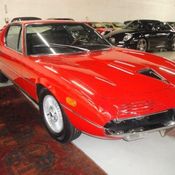 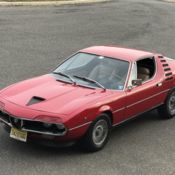 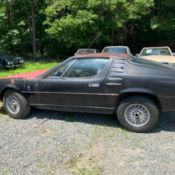 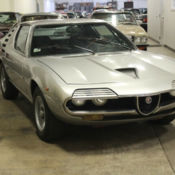 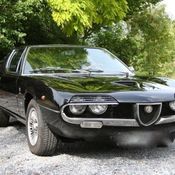 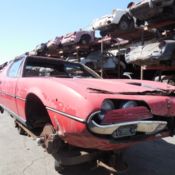 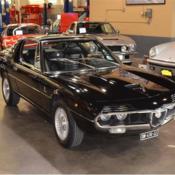 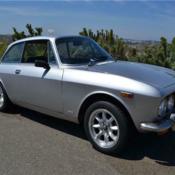 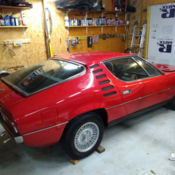