1957 Willy's Jeep Model Willy's Overland DJ3A. Rear wheel Drive. 21335 miles on odometer which very likely could be correct although title says non-actual as in Ohio any odometer with 5 digits automatically gets listed as non-actual. Speedometer works. I purchased from a friend who did a lot of the restoration. He has owned a couple of years and drove in parades. He purchased from a local fire department and they had went over the mechanicals and brakes and I believe put on new brake lines. Engine appears original and does not seem to have ever been rebuilt. New tires. It runs very good with a little bit of a "hiccup" as it comes off idle. Paint is approximately 1 1/2 years old. Does not appear to be much repaired rust areas. I picture some areas under jeep that are rusted. Frame is good. Hand choke. Steering has some play in it which I believe can be tightened up. 3 speed manual on the floor. Driver seat bottom rebuilt out of wood as shown in pic. The shoulder 90mm recoiless rifle mounts in the back and is included. It has been decommissioned by drilling a hole in the side. Lights work but could use a switch as it's a little loose. Rear blinkers work. Has lap seat belts and horn. No heater. A little oil drip that looks like it comes out of pan. I'm not an expert. I bought to resell and have no need for it. It looks great and runs pretty good. Ask questions as I'm sure I've missed details. A great parade vehicle. Buyer must pick up from Lancaster Ohio Replica non-firing home made cannon made of out polymer barrel and wood frame and wood steel wheels is not included but may be purchased by buyer for $500. 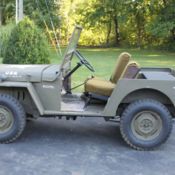 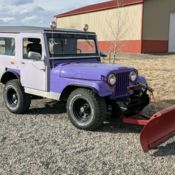 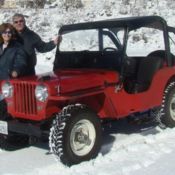 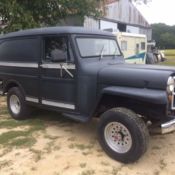 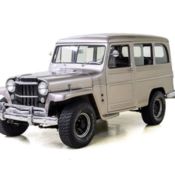 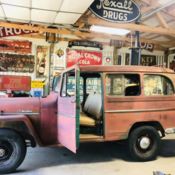 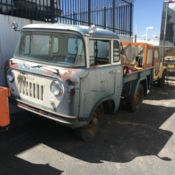 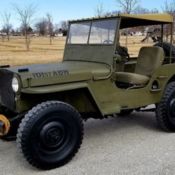 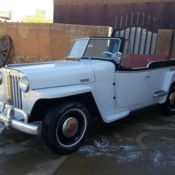 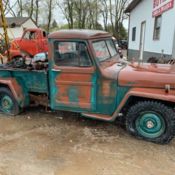