About this Model: The Willys-Overland Jeepster, orrowing features from both the Willys Station Wagon and Truck, ttempted to bridge the gap between the "utilitarian" post-war Universal CJ Series, nd the 1-ton family-oriented Station Wagons and 1/2 ton light-utility trucks. Following the end of WWII, he Willys-Overland company chairman recognized the importance of expanding its offerings to include a civilian passenger car, nd with the help of industrial designer Brooks Stevens, resented a model more likely to appeal to younger market segments. The original Jeepster (VJ) was first released to the public on April 3, 948. It was powered by the "Go Devil" 62 hp, 34 cu in straight-4 engine, ith 3-speed manual transmission (with optional overdrive), rum brakes, single transverse leaf spring suspension and rear driveline similar to what was used in the Willys Station Wagon at the time. With rear fenders like those used on the Willys Truck, he Jeepster, hile appreciated by design critics, as not a best seller at the time. In the recent years, he Jeepster has really gained a huge following by many classic car enthusiasts. The rustic look and casual curb appeal of the Willy's Jeepster has catapulted it's popularity in the last decade. It seems to have wide spread approval that span generations from teens to baby boomers. About this Jeepster: This Jeepster is, or the most part, well preserved and original car that has had whatever mechanical and cosmetic repairs/light restoration done along the way in order to keep it looking and running it's best. It has seen a coat of paint that looks to be a few years old but holding up very nicely as the previous owners have kept it stored in a clean, ry environment. The over all condition is very good considering it's originality. It is fully functional with a great running engine, smooth shifting manual transmission, nice convertible top, clean looking interior and features that are working such as lights and gauges. It's ready to enjoy by the next lucky owner. Please call 941-928-2339 www.americanclassiccarsales.com. We buy, ell, rade, onsign, rrange shipping and financing. 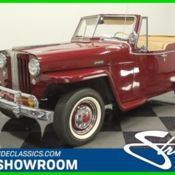 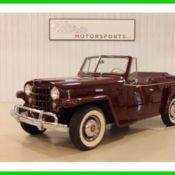 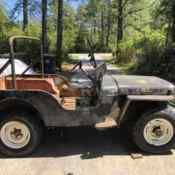 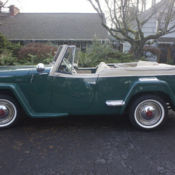 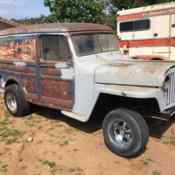 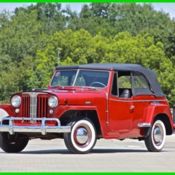 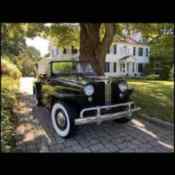 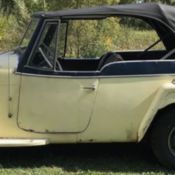 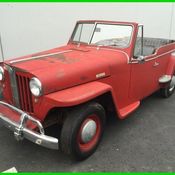 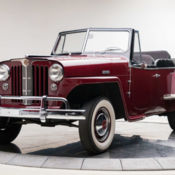