In the summer of 1975 my newlywed wife and I acquired our first of many Volvos. I still regret selling that â€™67 122S two-door and Iâ€™ll feel the same when this rare Bertone Coupe is loaded-out or the lucky new caretaker flies in to begin a fall road trip home! If youâ€™re familiar with these unique cars and might be in the market for one, you can stop now. I seriously doubt youâ€™ll find another this great! This car sold new in sunny California and spent its first 20 years there, driven sparingly by the first and second owners. Eleven years agothe Bertone left San Francisco for the Great Pacific Northwest and has been here ever since. If youâ€™ve ever wanted to own a beautiful, hand-built Italian car, but want a reliable Volvo underneath â€“ this is absolutely the ride for you! My name is Mark and my direct number is 206/914-1173. Feel free to call or text me anytime with questions or to discuss a purchase before the auction ends.

Most of us â€œVolvophilesâ€ know how few and special these second-generation Bertone Coupes were as a milestone in the marqueâ€™s history. Hereâ€™s a little background Iâ€™ve come across while researching over the years:

â€œThe Volvo 780 coupe made its debut at the International Auto Show in Geneva, Switzerland in 1985. It marked the return of a two-door 2+2 seater coupe to the Volvo stable after a four-year absence following the departure of the 262C in 1981. The 780 became available in Europe in 1986, and would come to the United States a year later.

Like its predecessor, the 780 was designed and built by Carrozzeria Bertone in Turin, Italy. However, unlike the 262C, the 780 was not merely a two-door 760 with a "chop top" roof. Bertone gave the 780 its own distinctive shape which set it apart from the other models, yet was still identifiable as a Volvo. The car had a sleek, low profile, inheriting some of the styling of the other 700 series cars, but without many of the severe angles and sharp corners. The hood, trunk, and rooflines were all slightly lower than the standard 700 series profile, and the C-pillar was wider and had a more gradual slope down to the trunk. Headroom was improved over the 262C, thanks to Bertoneâ€™s mere one centimeter lowering of the roofline! Window frames all had black matte trim, and were accented with chrome. Chrome also highlighted the door handles, bumpers, and side moldings.

Headlamps were large, flush-mounted units with integrated high and low halogen beams, and the grille was a black, "egg-crate" design similar to the 740 Turbo. Fog lamps were integrated into the air dam.

The original 780 had wide 205/60 HR15 tires mounted on signature 15-inch, 15-spoke alloy wheels, and was also offered in certain color schemes not available to any other models.

Following traditional Italian coach building practice, Bertone endowed the 780 with badges of its name and famous logo, which appear on the base of the C-pillars.

The 780â€™s interior also received Bertoneâ€™s undivided attention. The instrument cluster and general dashboard layout was carried over from the 760, but otherwise the interior was uniquely designed for the model. Birch burl wood accents with a high-gloss finish highlighted the dashboard and door panels.

In front were contoured, sculpted bucket seats with height-adjustable headrestsâ€”reminiscent of Bertoneâ€™s classic designs for Alfa Romeo and Ferrari in the late 60's and early 70's. This style of bucket seat would be imitated extensively by most automakers by the early 90's. The rear seat was specially shaped for two occupants and featured integrated headrests. Seats were, of course, covered in hand-stitched leather. An amplifier mounted in the trunk under the rear packing shelf. Map reading lights were installed above and behind the rear passenger side windows. Buttons on the side of both the driver and passenger seatbacks tilted the seatbacks forward to allow for entry to the rear.â€

Myphotos tell the Volvoâ€™s story. When it came to us, I felt it was in such superior original condition a detail wasnâ€™t even necessary. What you see is the result of a wash and vacuum only, I mean we didnâ€™t even need to clean the engine compartment or vacuum out the trunk! The exterior is excellent, having received a good quality respray to the original blue metallic paint. There is absolutely no fading paint, thin clearcoat, rock chips or large dents anywhere. All the glass is original without cracks or pits. The chrome trim and emblems are all present and look great. The factory original wheels are straight and true with at least 60% rubber. Weâ€™ve made no attempt to paint or update the remarkably clean engine compartment and the trunk still holds the original spare and jack.

Rust? Please! Vehicles here in the Pacific Northwest hate body rust and I find NO evidence of any! Yes, we get a bit of drizzly rain, but hardly ever any snow so our winter roads are never salted. Besides, itâ€™s pretty obvious the car hasnâ€™t seen many winter roads with these low miles. Climb over, under and around the Bertone - I know youâ€™ll come up smiling!

Please take another good look at the interior. The original hand stitched leather upholstery on the seats is in extremely good condition â€“ clean two-tone leather and NO sagging loose springs or wear spots to the bolsters. Sit on these firm buckets and youâ€™ll cruise comfortably for hours! No need to look for door panels or carpets eitherâ€“ theyâ€™re all extremely clean and original. All the dash burlwood trim is excellent, however there are two UV-induced cracks along the dashtop.The carpets have been protected since new by factory mats and theyâ€™re in super condition (Iâ€™ll be sure to include the mats). The temp gauge and the factory stereo can both be a bit finicky at times, but the radio generally works quite well. I've never attempted to open the power sunroof and there is no evidence of water leakage or discoloration of the excellent headliner.

Mechanically, I feel the car drives out well. Even after Iâ€™ve let it sit in our storage warehouse for a few days at a time, the 2.3 liter turbocharged 4 cylinder engine starts right up at the first crank and freeway accelerates to 60 MPH quickly with the turbo engaging as it should. The brakes feel just fine (There are slotted Brembo disks up front). The Automatic Transmission doesnâ€™t slip and shifts through all the gears as expected. About the only negatives Iâ€™ve found to point out are an exhaust manifold leak somewhere near the header connection (not really noticeable when driving and quiets down a bit after warmup). The heater works fine but I donâ€™t get cold air from the A/C, so servicing the system is in order.Thatâ€™s about it! I truly love this 780 and will miss it when it moves on to the next caretaker.

Iâ€™ve helped arrange long-distance shipping for many of my past buyers, but have had many from as far away as Alaska, Eastern Canada, Chicago, New York, California, Phoenix and even the Mexican Baja fly in and drive their new purchase home. (Iâ€™m happy to pick you up at Sea-Tac International just a few miles away). Câ€™mon, fall is the perfect time for a road trip and the weatherâ€™s still great! If youâ€™re overseas, Iâ€™m always happy to help get our cars to a port for shipping and we have several former Seattle Volvos now driving the roads of Denmark, Austria and the Netherlands.

Please BID WITH CONFIDENCE and know that you are purchasing a nice vehicle from a respected Ebay seller. I want you to be happy with your purchase (and with me) and thatâ€™s the main goal! Please donâ€™t be upset if I miss other minor flaws or an unforeseen problem! No used car is ever perfect. Having said that, I have every confidence in this Volvo and the way it drives out!

Because of the amount of money involved in buying a vehicle, I require that Ebay members with a feedback history of five (5) or fewer transactions call or email before placing a bid. If I donâ€™t have this initial contact, your bid may be cancelled. The phone number to talk or text me, as outlined above, is 206/914-1173. Please feel free to do so any time during the auction. My name is MARK.

Full payment by cash (in person only) or certified funds will need to be received within seven business days unless prior arrangements have been made with me. I can accept credit or debit cards but will first need to invoice you and ask that you cover the 3.25% fee our card processor charges us. Please remember youâ€™re bidding to buy, and I fully expect the winner to fulfill their Ebay contract! Youâ€™re not bidding to hold or then come inspect and test-drive the vehicle later; youâ€™re more than welcome to do this before the auction ends.

If you decide to have the car transported home, there are scores of companies to choose from. I ship vehicles regularly and am happy to make suggestions. In addition to quotes using the shipping tab here on the Ebay listing, I have access to the nationwide Central Dispatch site and can post the shipment for an amount YOU want to pay to attract a transporter for delivery. Ultimately, shipping of the vehicle and company chosen are the responsibility of the BUYER.

Iâ€™m willing to keep the Bertone stored free of charge for up to two weeks after the auction ends assuming full payment has been received. After that period storage is $20 per day. All information described above is based on the observed condition when thelisting was placed. I've done my very best to describe the car as thoroughly as possible and encourage bidders to contact me with questions. 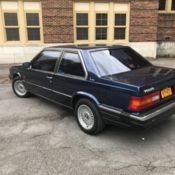 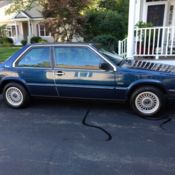 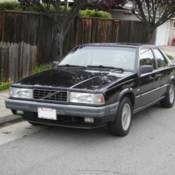 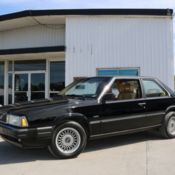 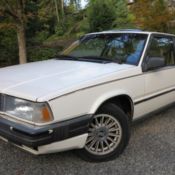 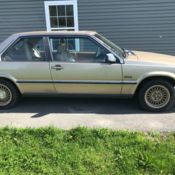 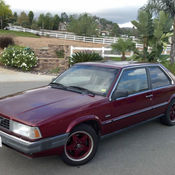 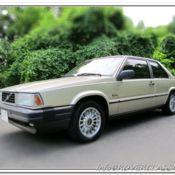 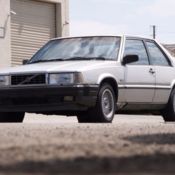 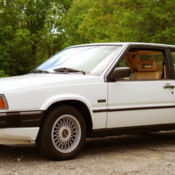