For sale is my 1979 VW Vanago, I purchased this from a gentleman in the Navy who was from Florida .It was purchased as a father daughter projec, this is our second on, the last one needed too much work so we decided to buy a running and driving Van that we could enjoy and tinker with .
My daughter is planning on going to the University of Manoa in Hawaii for college and as such I am not shipping this so have decided I would sell it and buy her something that is already there .
I will do my best to list everything I know about the van and you can decide if it is something you may be interested in or not .
Firstly and most important in my opinio, is it starts runs and drive, it also stops as it should no pulling when braking .Tires are a matching set in good condition .With all the above said it is a 40 year old van so I would expect to have to tinker with it .It has dual batterie, a camping set up that I have never looked at .
The body is in fairly good condition rust wis, all jacking points are good . floor is goo, around the windows it appears not to have any large rust hole, there are some small areas of rust which I have pictured but certainly fixable and will not require any major metal work .
One of the only negatives in my opinion is someone has attempted to paint the van themselves and honestly I would just take it to a shop and have it professionally resprayed . There has been a repair made on the left rear quarter panel other than that it looks good
Exhaust does have a leak but there is another stainless steel exhaust included with the sale .
Someone has changed on of the front seats but we do have another matching replacement seat .
Picture of engine was taken while it was running .
Lights do wor, speedo is not working so I don't know the exact mileage .
I think the price is more than fair and non running Vans are selling for the same price as this running van "Nartjie" as my daughter has named her will make someone a fun running project .
We do have a clear Maryland title .
Please feel free to e-mail with any questions .
Thanks 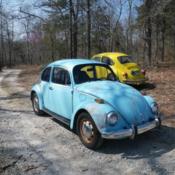 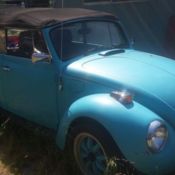 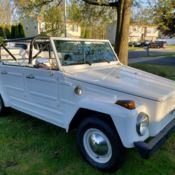 1974 V W Thing been in storage for 10 years Runs,Drives and Stops , New Tires 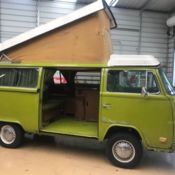 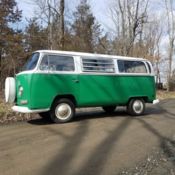 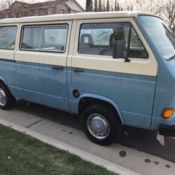 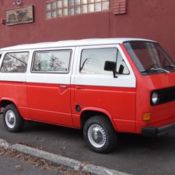 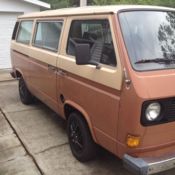 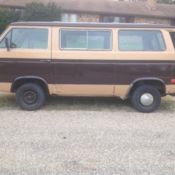 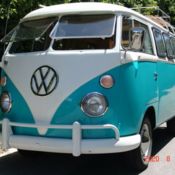