One of the 20th Century's truly great automobiles, the Volkswagen 'Beetle' transcended its origins as the German 'people's car', going on to become an all-time best-seller and cult classic. Originally conceived by Dr. Ferdinand Porsche, the Volkswagen inspired unusual loyalty and enthusiasm based on its practicality, reliability, adaptability and affordability. Visual changes during the model's long run were subtle, but perhaps the purest expression of the Beetle's design was the elegant 'Oval Window' produced between 1953-1957. This car, from the final year of Oval Window production, was the subject of great care its entire life.

This vehicle was originally purchased in Japan from an American pilot. He adored the car so much that shipped it home to Arizona where it received a repaint. When the pilot retired from driving he sold the charming Beetle to a collector in Montana.

There the engine was replaced with a 1500 cc, 50 hp, engine and a new transmission which were imported from Holland. This was completed in in 2005. The original engine and transmission will be included in the sale to preserve this vehicles history.

The interior was attended to as well, receiving an upgraded grey cloth headliner and carpet. These upgrades should offer the basis for a comfortable and competent driver, and the 1957 build year makes this a potential bargain entry into numerous high-profile road events. 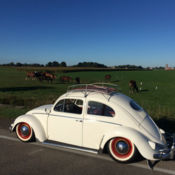 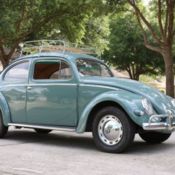 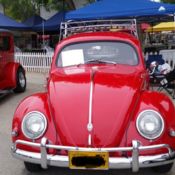 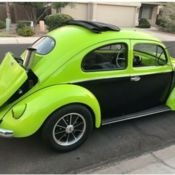 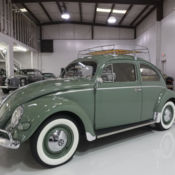 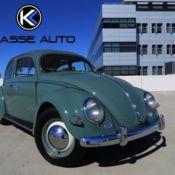 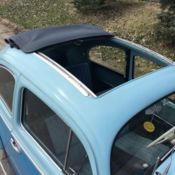 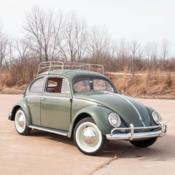 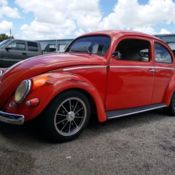 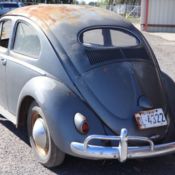