Up for auction is a 1967 Volkswagen SO42 11-window pop top camper van. This is the last year of the German made split front windshield buses, which are very desirable. This bus is currently operational and does run and drive. It did have some recent brake work, and the brakes do work well. Unfortunately this bus does not have the M plate, or at least I have not found it. The original Vin tag is present and has never been removed. This bus was recently used as a free taxi on siesta key, it was used on a regular basis. That does not mean I would fly in from another state and attempt to drive it home! The driver rear hubcap will need new clips to stay on. There is no ignition key, and has a unique starting procedure which I will tell you about when you pick it up. There is a spring under the accelerator pedal for its return, which I would suggest changing out to the factory return spring. The body is not in poor condition, however there has been rust which has been somewhat repaired over its lifespan. The worst of it would be in the barn doors, at the bottom specifically. It also appears as though the rocker panel has had some rust over time and was fixed in the amateur fashion. The driver door shuts OK, but the passenger door is going to need some hinge/door pin work. The passenger door sags and rubs against the door jam. The rocker panels are actually in pretty decent condition as well as the floor pans and frame. The rear hatch lock is currently not working nor is the engine cover latch. The drip rails are in good condition. The engine is an upgraded 1600cc engine that runs well. The headlights, turn signals, taillights, and brake lights are functional. Emergency brake is not functional. The interior is outfitted with Coca-Cola themed upholstery and gadgets.. It is actually in pretty good shape, with a heavy shag carpeting. Everything you see in the listing is included. The front bulkhead has had rust, that was never addressed. There are some photos of what I'm talking about. Consider this bus to be very driver quality at best, it is a head turner that you could definitely have fun with around town, but you are not going to win any Concourse trophies with its current condition. 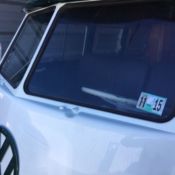 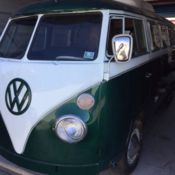 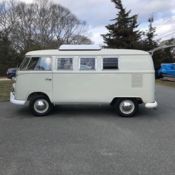 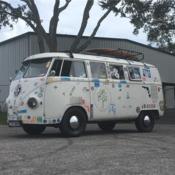 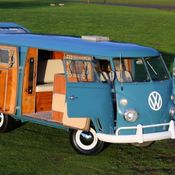 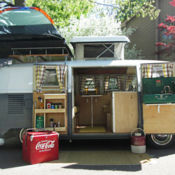 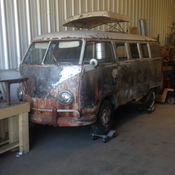 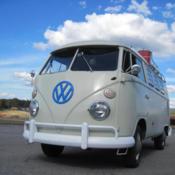 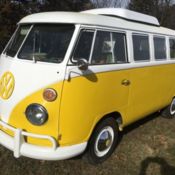 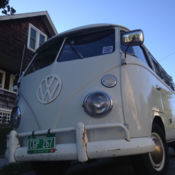