I acquired this combi /volkswagen bus back in 2006 from San Diego, CA. I drove it for three years up and down California grapevine and all. It also took numerous trips through Baja, Mexico. It was basically my daily driver and adventure wagon. I kept up with tune ups, valve adjustments, oil changes, brakes, etc. at the time. Later I relocated to central California and my situation and priorities changed so I didn't have the time nor finances to devote to this adventure wagon. It flunked a smog test in 2009 and through further inspection found cylinder #2 @ 0 compression and 90% leakage by exhaust valve. It has been sitting on my parents property since 2009 (not garaged). So, it's in non-running condition and will require work to get up and running. Last month I tried to start it (it originally had no problem starting when it was originally parked). But, after being neglected for quite a time I guess it decided it just didn't want to start. It does turn over, though. (maybe it's fuel line or something, fuel filter, air filter, {I really don't know, I'm just a gal -and not a mechanic}. Visual Inspection did pass and is all in tact. It's currently on Non-op status with the California D.M.V. You could probably replace the motor and go through the rest of the mechanics for not a whole lot of money. The tires have air in them, but sitting out in the sun for too long, so will probably need replaced. Also, all doors shut and lock but side and passenger need to be locked from inside. There's no outside passenger mirror and the interior front mirror doesn't exist (at least anymore). Stove and fridge and electricity used to work. Although, you will definitely need to replace exterior outlets if you want access to water and electricity. The pop-top is toast. But, the top bunk is actually in great condition, since it wasn't slept in to much (at least by me), I usually slept on the bottom portion. Also, there's no battery. The back hatch part locks and everything, but be careful when you pull it up - the back hatch struts only work when they want to, which is hardly ever. The closet and all the compartments in the van work. But, some of the seals are not Perfect. All windows are in tact, but rubber seals probably need to be replaced. The curtains are non-existent and have all but deteriorated due to being in the sun. If your expecting a flawless VW go look the other way. But, if you don't mind putting some money into it and maybe repairing here and there, this could probably be a decent VW for somebody that was willing to put in the time, effort and finances. The 194,157 mileage is not the true mileage, the odometer actually quit working on me back in 2008, it's maybe more like 200 something. It's unfortunate that it has been out of commission for so long, but I hope somebody can get it back on the road for future adventure. If you have any questions regarding this vehicle I will be happy to answer them (559) 759-6827. 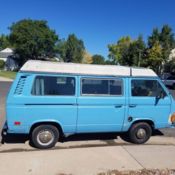 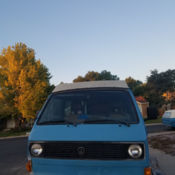 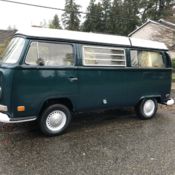 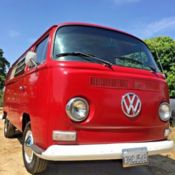 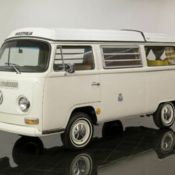 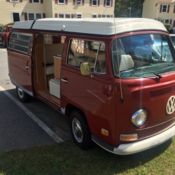 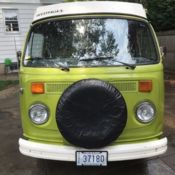 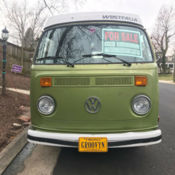 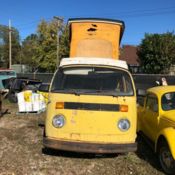 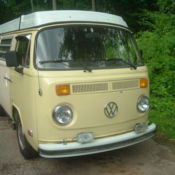