This is an excellent TR3A that was completely restored several years ago. The vehicle has 3643 miles since then. 58,000 of these cars were produced, and there are approximately 10,000 surviving today. The engine and transmission are believed to be original to the car. It has a four-speed gearbox that issynchromeshes into all gears except first. It has an inline four-cylinder motor that is rated atapproximately 100 hp, plenty of power for a car that weighs just over 2000 pounds. It apparently will do close to 100 mph, but I have never had it over 70, fast enough for highway driving. These cars were often raced in their early years and were much faster than their MG counterparts. The car has been completely sorted out mechanically and is in excellent operatingcondition. Everything works. The color is a beautiful rich blue, "Cotswold Blue", and is an original color for TR3s, but it is very rare. There are four very small stone chips on the car and one superficial one inch scratch. It is a very deep and rich finish. The chrome is close to perfect. It comes with a boot to cover the convertible frame, the snap on top and side curtains in tan. And it has a car cover when it was kept over the winter. The car is not used in snow or rain, and has been kept in a climate-controlled garage. There is absolutely no rust in or on the car. Your personal inspection or that of a mechanic is welcome. 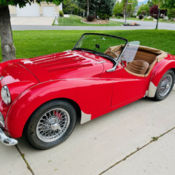 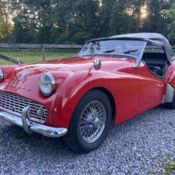 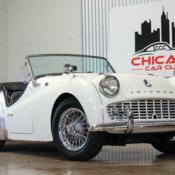 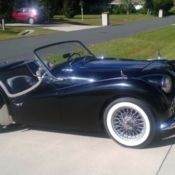 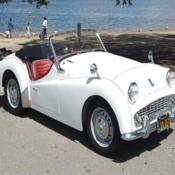 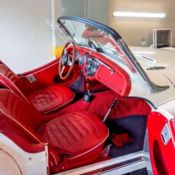 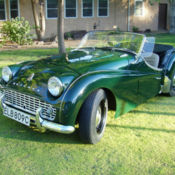 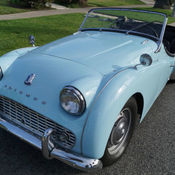 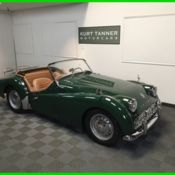 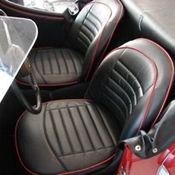