When the Triumph TR3 first appeared, n 1955, riumph intended not simply to update the previous TR2 but also bring the Triumph driving experience and styling into the second half of the ‘50s! Being conservative by nature, riumph debuted the car with the TR2’s 95 horsepower 1991cc 4 cylinder motor and drive train, hich was actually more than enough for a car that weighed just over 2,000 pounds. However, riumph then launched the “TR3A” in 1957.The “TR3A” further improving the car and incorporating wider front grille and becoming the first production car to feature front disc brakes! There were just 58,236 TR3As produced, f which less than 9,500 are documented to survive today! The ultimate iteration came in 1962 with the introduction of the TR3B, hich later came standard witha 2138cc engine making 105 horsepower and 127 lb.-ft. of torque mated to a full synchromesh 4-speed manual gearbox.

I am very pleased to offer this late model 1961 Triumph TR3A! The car is finished in a classic shade of British Racing Green over Biscuit interior. The car is powered by a 2138cc 4 from the later TR3Bs, healthy upgrade from the original 1,991cc engine, nd a fully synchronized 4-speed manual overdrive transmission! These are features found in the later “TR3B” and may suggest that this car was something of a predecessor to that car?The car is further fitted with several nice touches, ncluding side curtain wind wings, lectric radiator cooling fan, ack-and-pinion steering and 5.5” TR6 wheels.

Local New Mexico TR3A that has been totally frame off reconditioned over the last two years. Car was completely dissembled and sand blasted. Then any rust was removed and replaced with new/repaired sheet metal. Body is very straight with excellent fit. Complete paint in the base coat/clear coat British Racing Green was done, ll rubber trim replaced. New wiring harness, ll trim, pholstery, nd carpeting was redone and a new windshield installed. Engine and gearbox plus entire drivetrain rebuilt with new aluminum radiator and electric cooling fan, rakes, xhaust, uspension etc. Restoration is not Pebble Beach quality but very good for local shows and ready to drive anywhere. Interior has all restored gauges, ights and signals functioning as they should. Soft top frame has been restored with a tonneau cover and new side curtains.

New wiring harness, rim redone with new windshield. Engine and overdrive gearbox plus entire drivetrain rebuilt with new carburetors, rakes, xhaust, uspension etc. Complete paint in British Racing Green, nd all new leather and trim pieces in the cabin. The car runs and drives exceptionally well thanks to a recently rebuilt motor and transmission. The car makes for a very drivable and presentable example of one of Britain’s most popular roadsters and should make the next owner extraordinarily proud both at local shows and on short road trips! We would welcome any additional questions on this TR3A; please don’t hesitate to call! Thanks for looking!

If you have any questions or would like additional photos please feel free to email me.

Ok, ots of questions.I’ll try to answer all that I can and stick them here at the bottom for everyone.

I’ve had the car since the early ‘80s.March of 1983 I think.I did a top level restoration right after I originally bought the car and drove it daily until the ignition failed in ’92.It then sat for several years until I decided to do a frame off restoration in 2008 or 2009.I pulled it down and worked on the restoration, n and off, ill last spring when I more or less finished.I’ve been driving it occasionally since and, t the same time, roning out some of the residual issues from the restoration.

I have several other cars I’m working on and have garage space for them all, r did have till I bought a partially restored ’56 ford pickup and now I’m stuck for a place to put it.As it happens, like restoring these guys more than I like owning them and since this one’s now done it’s the one my wife and I think should go. That is unless one of you wants a ’59 XK150 in pieces or a ’67 retro-model jaguar MK2?

Anyway, ere’s a partial list of the things I’ve done to the car:

As far as the price goes, want an equitable price for the car.As close to market as I can get but I’m not asking for the very top of the market either. So I set a reserve that will take me up above my pain threshold but should still leave room for bidding and yet get someone a car they didn’t have to pay too much for.By the way, f I’m made an offer before the bidding gets to my reserve, ’ll certainly give it due consideration.

As one of you wrote, t’s a very nice car. Please feel free to bid with confidence. 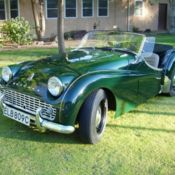 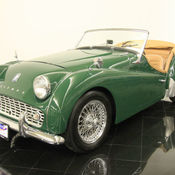 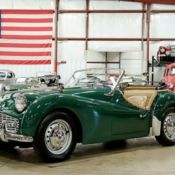 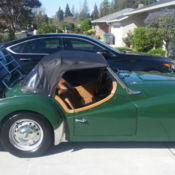 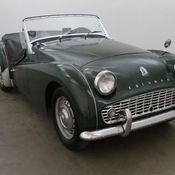 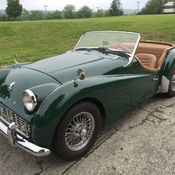 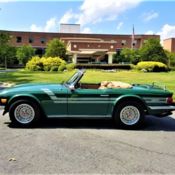 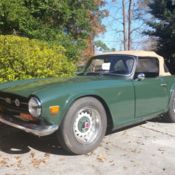 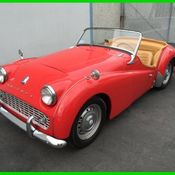 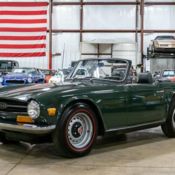