I Purchased this car in 2011 from avid Triumph collector and VTR member in Cambria, alifornia

Was a California car most of its life. Brought to KY in 2011 and always stored in climate controlled facility.

Was owned prior toCambria ownerby a horse trainer at Santa Anita.

Was imported to France in the late 50’s -early 60’s to be used while the horse trainer worked in France. It was undercoated before shipping

Painted 1 time in its life, urrent paint is from 1961. Still shines and presents well as a driver, ut does have some nicks and minor scuffs you would expect from a driver & 55 year old paint.

All of the pieces on the car are original to this car to the best of my knowledge. No pieces have been added from other cars. No accidents to my knowledge, nce again, ast painted in 1961. Trim and chrome all original and in good condition.

Interior was refinished last year in the appropriate color and with materials from The Roadster factory and specially sourced Ambla material per original to match the factory green / fawn combination that the car shipped with. Comes with Tonneu cover, oft top and side screens. Incredible interior job, t looks amazing.

Original Engine has several period performance items which are believed to be from SAH tuning including special intake manifold, xhaust manifold, am, nd SU needles. It runs much stronger than a stock TR-2. It runs and drives great and has some seepage and residue you would expect from a running un-restored car. This is the original motor to the car which matches the vin#. In 1954 CA DMV had anoption of Engine number or ID number to enter for registration/ title. They chose engine # at the time,which proves it is the original motor.

Clean and clear KY title in my name, p to date registration.

I am selling this car from my personal collection which I have been reducing.

This car is special in that it is a TR that has never been completely taken apart and restored as it has never needed it. It has been sympathetically owned, sed, nd maintained by a small number of owners in its 62 year life. Arguably more of a survivor than a restored car, tems have been tended to as necessary and replaced when out of their useful service life, ith the end result being a great driving car that still bears the original equipment it left the line with. Given the originality of the car, t makes an excellent reference vehicle for other individuals restoring early TR’s. This is an easy car to drive with ample power and tight steering and brakes.

You would be hard-pressed to find a better example of a very early and significant TR-2 that has been in continuous use since 1954 with no major restoration work performed.

Inspections are encouraged and welcome in Louisville, y. by appointment. I am located about 15 min from Louisville Intl Airport (SDF).

I have some shippers nationally and internationally I've used in the past. I can give out their information so youcan get a quote if needed.

Please DO NOT bid ifyouare bidding on multiple cars, on't have the funds or like to wastea serious sellers time, ot interested in trades.Thanks for looking. 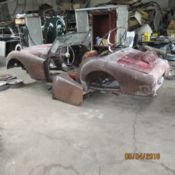 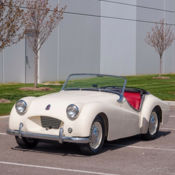 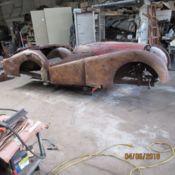 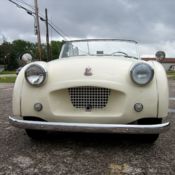 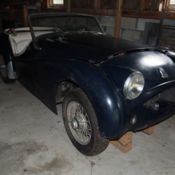 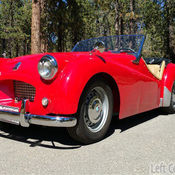 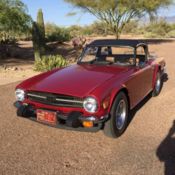 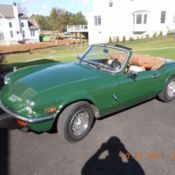 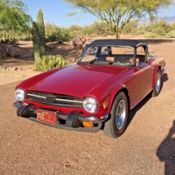 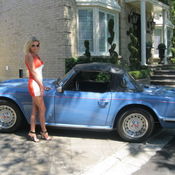