1981 Diesel Toyota Pickup.
One ofthe last early 1980’s ultra-low-mileage Diesel Toyota Pickups in existence. This is an absolute conversation starter; a well-preserved Toyota that was owned by a colorful character in Montana.
The non abused, low mileage, original diesel engine makes this a unicorn for any collector, and could easily be a daily-driver.
From what I was told, the previous owner passed away, and then I purchased it from an auction house in Montana last year. It’s been noted from the original owner’s family that the odometer has never gone around, so I believe the actual mileage is 27,0xx. I personally put over 1,500 miles on the truck, and the only mechanical issue I’ve encountered was a faulty fan clutch. It was running hot and a quick diagnosis led me to that. The radiator has some bent fins, so it appears someone else tried unsuccessfully to replace it previously. I decided to leave the radiator as-is, given the engine compartment is such a time-capsule. Temp is just fine now, cruising around town or on the freeway.
The truck has a ton of personality, and could be converted back to a regular bed and stock bumpers if desired. The interior plastic pieces have a coating of latex paint which seems to be holding fine. It all looks good, but worth noting.
All in all its a great truck, mechanically and visually. As reliable as any old Toyota, many of these diesels get well-over 40mpg!
I’ll include the CarFax report, which is super clean
New Brakes, New Tires, C. R. Lawrence Rear Window, Custom Bed, Very Clean Motor, Clean Interior, Tow Hitch Mount, Custom Paint, Fog Lights, Block Warmer, Air Horn
Happy to answer any questions you might have! 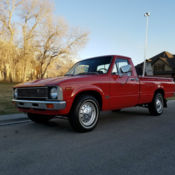 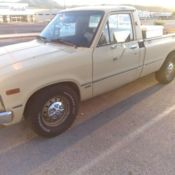 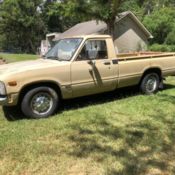 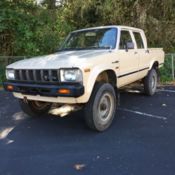 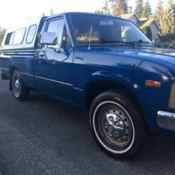 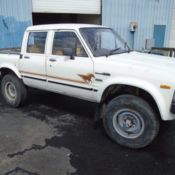 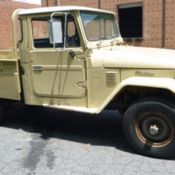 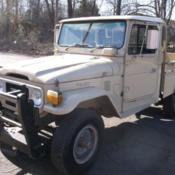 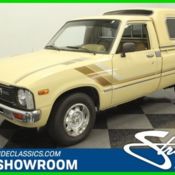 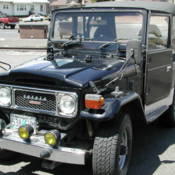