Up for Sale is my Uncle's 1985 Toyota Supra that he purchased new on June 4th 1985 from Roy Payne Toyota Mazda in Decatur AL. We still have the original bill of sale from the dealer. In 1990 he moved from Alabama to the Hobe Sound area of Florida where he lived until his passing last month. This car is up for sale as part of settling his estate. I am his nephew, and I am selling the car on behalf of the family and I will do my best to answer any and all questions. It is important to note that I am in Colorado and not in Florida where the car is located. Here is what I do know about the car. It has always been garaged since he bought it new. My sister recently visited Florida and took it for a drive and she was amazed at how well it accelerated, steers, drives, brakes and runs. She parked it in the driveway one day and noticed it does have an oil leak after she ran it. This is not surprising as the car did get used, but not often, and I would not be surprised if it needs gaskets in some areas. The only thing that doesn't seem to work is the electronic dashboard and some of the subsequent gauges it runs. For example, the fuel gauge does not work as it is electronic and blinks on and off with inconsistent readings. The dash itself blinks on an off and I have no idea what that might be and we have never had it looked at. It does not affect how the car runs or performs at all. My sister couldn't remember seeing any rust on the car when she looked at it. The driver side front fender seems brighter than the other body panels so my guess is that he was in a fender bender a long time ago and he got it fixed. It must not have been very serious because there is no recollection from the family on what might have happened but I wanted to point out what I am seeing and make sure it's noted. The whole car could use a polish or wax and it would look much nicer and the panels would probably all look the same. There does appear to be slight damage and a dent in the black trim piece toward the corner of the right front under the passenger side headlight. The interior is presentable in some areas and dirty and rough in others. The center console vinyl padding is very cracked. See the picture. The battery is new. The car is being sold as-is. Please only bid to win. This is a no reserve auction that starts at a very low price and the highest bidder will get the car. It's a very cool early supra and it appears to be pretty much all factory stock. There are not a lot of these cars out there, especially 1 owner examples. It does have a clean clear title that was recently transferred into a family members name. It comes with a full repair manual and electrical wiring diagram booklet, and service records receipts that he had with it. Please let me know if I can answer any questions or send you any additional pictures that I have. Thanks for your interest.On May-27-20 at 08:04:20 PDT, seller added the following information:

UPDATE ON THE CAR. My mother needed to move the car this morning 05/27/2020 to make room for an Air Conditioner repairman. The battery was dead. The car was jumped by a neighbor and moved. Since the battery is new, either one of the car doors was left open and it drained the battery, something was left on in the car like an interior light or something is drawing power from the battery. The car will be pulled back inside and the neighbor will put the battery on a trickle charger. At this point I am not sure what the issue is but I would tell bidders to bid as if it were a worst case scenario that there is actually some electrical connection draining power from the battery. That may not be the case but we don't have someone there to look at it in detail. This is not perfect vehicle but a cool old original one owner car that if loved could be something special, but it does need attention in some areas. Please contact me if I can answer questions. Thanks. 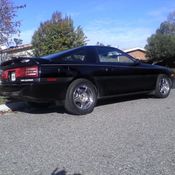 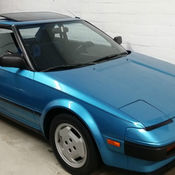 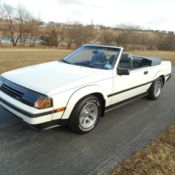 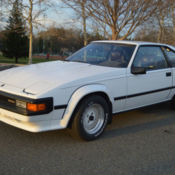 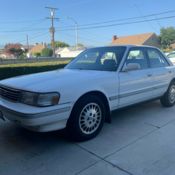 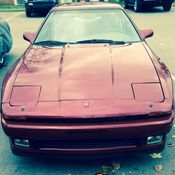 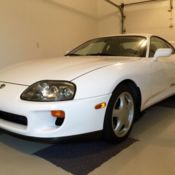 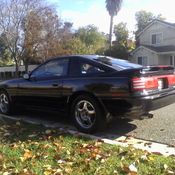 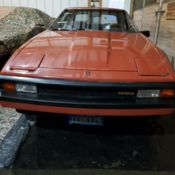 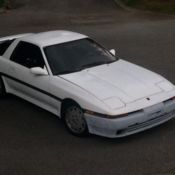