About this vehicleThis 1988 Toyota 4Runner is an original. The owner has had it for 2 years. The vehicle runs great and is used as a daily driver.Seller's NotesTwo owner 1988 Toyota 4Runner SR5. I purchased rig two years ago, and it was not running at the time due to previous owner cutting fuel lines for fear of â€œbad gas.â€ I replaced the sections he cut with rubber fuel lines, changed all fluids and the battery and it started right up.
New:spark plugsalternator (belt squeaks on start up)batterybrakesToyo A/T II Open Country tires 31x10.50oil changefuel pump
Works:4 wheel driveAC blows really cold, and it was not chargedHeat worksoriginalradio worksrear window works with key and buttonpower windows workpower locks workPower windows work.
Doesnâ€™t work:the switch on the AC to turn from hot to cold will not slide. There is a bypass by reaching behind dash from passenger floorboard.tune down does not work on radio, so you have to go around.Tune down does not work, so you have to go around the world to get to the station you wantPassenger side wiper does not work.Fuel Guage does not work.Horn does not work
There are no modifications to this 4runner. Everything is orginal expect for the tires. All interior trim pieces are here.
Needs:Spare rim and tirePaintBody work above tires (pictured)Weather stripping around driver's side windowThe above mentioned fuel work by the previous ownerresulted in the tank obtaining some interior surface rust. I have cleaned it numerous times, used magic mystery oil, etc. However, there is still some sediment within. This results in the rig cutting out when low on fuel. Around 200 miles. If I were to keep the rig, I would replace with hard fuel lines, and perhaps the tank.Rear center caps.Oil pan gasket. It leaks quitea bit of oil when sitting. I believe this to be the gasket.
Previous owner purchased new, and it sat for some time after he became ill. With minimal work, it was up and running after I purchased it. I used it as a daily driver (round trip 50 miles for a time, then 10 after we moved closer) and then I used it for weekend mountain rides with the kids. Ask me any questions before purchasing. I've tried to be brutally honest here. I will drive it to you within 1000 miles for a plane ticket home :) 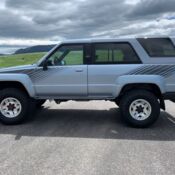 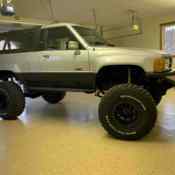 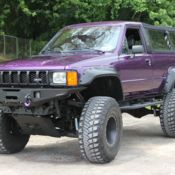 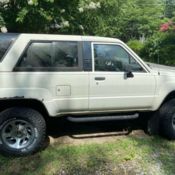 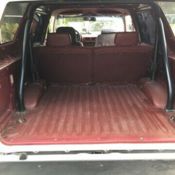 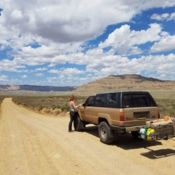 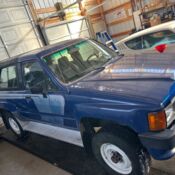 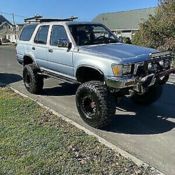 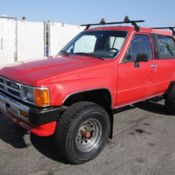 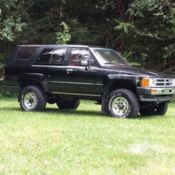