While Shelby Cobra replicas have a certain amount of awesomeness already built in by virtue of their race-inspired appearance and time-tested formula of modest curb weight and powerful drivetrain, this Shell Valley 1967 Shelby Cobra replica has even more to add to the mix. It features a great looking exterior color combo that'll have all eyes turned its way, as well as a fresh, high-powered engine underneath its hood that's just coming into its own and is ready as can be for action on the asphalt. Magnetic blue paint, accented with a pair of broad silver stripes over the hood and deck lid, supply a level of magnetism you'll find difficult to turn away from. This is a great looking color scheme - the contrasting silver adds a nice dimension and the high-quality paint produces a very appealing, wet-looking shine, courtesy of the strong clearcoat that sits just above it. The collection of exterior fittings that make such a difference in the overall appearance of a car like this all represent very well - the chrome bumpers in front and back are shiny and unblemished, the windshield is crystal clear and surrounded by new-looking trim, and the side pipes and roll bar, as well as the side mirrors, hood latch and light bezels are all looking their best. In contrast to many of its counterparts, the hood scoop on this Cobra replica isn't just there for show - it's fully functional to direct cold, dense air to a waiting engine below. The "blank canvas" nature of a Shelby replica's interior makes it subject to a wide array of finishes, ranging from somewhat low end to downright inspired. This one falls solidly into the latter category. The bucket seats beckoning you to climb inside are sporting black leather surfaces and because this car is so lightly travelled, they've yet to develop any serious signs of wear. The dash area is well laid out, with a good collection of crystal clear gauges on hand to keep a read on important motoring functions and control knobs and switches that are all properly labeled - even the dash clock is in good working order. An aftermarket JVC AM/FM/CD stereo with iPod connectivity is at the center to ensure you don't run out of audio options. The trunk area offers some usable space that surrounds the securely mounted battery resting in its protective case. High end mechanical and suspension components give this street machine a level of power and agility that's sure to please even the demanding driver. A highly regarded 351 Cleveland sits under the hood, wearing a distinctive Edelbrock air cleaner over its Holley 4-barrel carb, as well as a pair of aftermarket heads to maximize its output. Both the engine, as well as the rock-solid 5-speed manual transmission just behind it, have only logged about 500 miles since their rebuild so this is a drivetrain that's in its top form and it sounds the part as it sends a great exhaust note through its side pipes. An aluminum radiator has been paired with an electric fan up front to keep temperatures down in more demanding driving conditions. The fully independent rear suspension was lifted from a Jaguar - it offers outstanding surefootedness on uneven surfaces just not possible with solid rear axles. Four wheel disc brakes bring this attention magnet to a stop as it scorches the asphalt on a set of 15" Shelby American Racing wheels outfitted with Cooper Cobra Radial G/T tires. Configured for outstanding performance and world class handling, this 1967 Shelby Cobra replica is an absolute blast to drive and offers all the "wow" factor you're looking for. Call today! 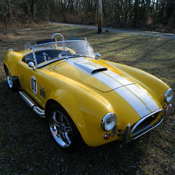 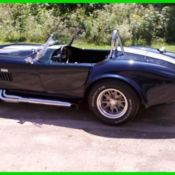 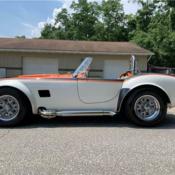 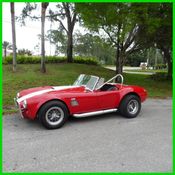 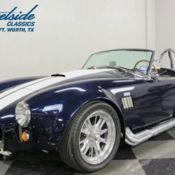 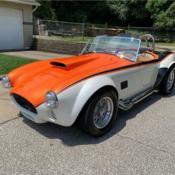 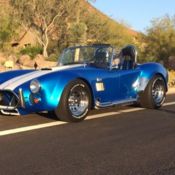 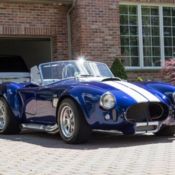 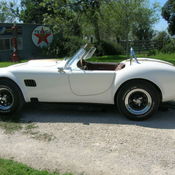 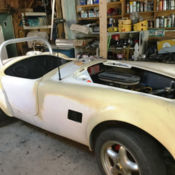