1965 Porsche 356 C Coupe Matching Numbers
VIN/Chassis Number 220940 Karmann
Engine Number 716331
Transaxle Number 84244 741/2C 11 4
The car was sold at Art Bunker Motors in Kansas Cit, KS and delivered 8/24/65. I have the original invoice with the engine number. The transaxle number was recorded in the original owners manual which I have. I have the Kardex which confirms both. The car was imported through Jim Carr Motors in Port Arthur, TX through Porsche Cars Southwest Inc. in San Antonio,TX. I have both of the invoices. The invoice from Porsche Cars Southwest lists options including all around tinted glass, chrome strips, and 4 hubcaps with Porsche crest ($5.35 option). I was told that the coco mats, headrests, and radio (Sapphire) was added at Bunkerâ€™s but I donâ€™t have an invoice. I am the 7th owner. I do have the names of the previous owners but I have not made an attempt to contact them. The last owner had the car for 17 years and it was in storage most of that time. The current mileage is 89,184 and I believe this to be correct.
Body
It is signal red (6407) which is the original color. It has been painted once but the date is unknown. I would guess at least 30 years. There is no evidence of crash damage. The pan is original and solid including the battery box. Most of the factory undercoat remains. The paint looks reasonable from 20 feet but there are several chips, checking and a few 2" small dents on the top of the right front fender. The jack points are solid. The dash and door jambs have original paint. The gaps are excellent and the doors close nicely with authority. The hood is unbent. It is not marked with a number. The glass is good but there is a small chip in the driver side windshield that has not been repaired. The windshield is not original and is not tinted like the rest of the glass. Thelower edge of the passenger door has some bubbles in the paint as seen in the photo that have notchangedduring my ownership.
Interior
The interior is black vinyl. It is original and in remarkably nice condition. There are no tears or seam separations. The vinyl is supple. It has factory headrests. The seat belts are vintage Rupert Parachute Company with Porsche script on the buckle. The carpet is original with minimal wear with intact binding. It has an under dash oil pressure gauge which is after market that works. The clock works but is slow and does not keep accurate time. The VW Sapphire radio does not work. It was dealer installed with the antenna placed on the right side. The headliner is nice with no tears. The coco mats are period and original in nice condition. The under dash area looks near new.
Engine #716331
The engine is original. In 1973 with 46,000 miles it developed problems and was rebuilt. I have the receipt from Bob Hindson Racing which was a premier midwest Porsche shop. It starts easily and runs well. It is very reliable. There is occasional smoke on start up likely from leaky valve guides. It does drip some oil. Carbs and distributor were rebuilt by Carburetor Rescue.
Transaxle #84244 11 4 741/2C
Original to the car. It shifts well with no grinding. No clutch issues.
Suspension, brake, steering
Tires have good tread. No known suspension issues. Brakes function well. Steers in a straight line. The wheels are not date matched. The current wheels are chrome 912. The originals were painted.
In general, this is a very solid original 356. I have owed it for over a decade. We drove it to the East Coast Holiday in Indiana in 2009. It is driven regularly. It is always stored in a climate controlled shop. It is serviced at regular intervals. I have the original owners manual as well as the factory invoice as previously mentioned. There is a jack but no tool kit. This is a very solid 356Porsche. I am reluctant to sell but I have too many projects and it's time to start reducing the number of relics. Ask any question and I will do my best to answer it honestly. My Ebay feedback supports this. I have owned 356 Porsches since 1971 and have been a member of the 356 Registry since the mid 1970's. This does not make me an expert. I want this car to go to a good home and I want the buyer to be happy with the purchase and know what they are buying. I have many photos and I am willing to take more. I will have photos posted on Photo Bucket. Contact me for the link. It will be available for inspection by appointment during the auction. Ideally, it should be inspected prior to purchase like any other car. There may have been concerns not mentioned. The car is sold â€œas is, where isâ€ without guarantee written or implied. The car will be picked up at my house. I will not deliver. I can help load. I require a $300.00 payment to PayPal within 24 hours and the balance in 5 days. The car must be picked up within 2 weeks. It will not leave here until satisfactory payment has been made. If you cannot meet these requests, please do not bid. Thanks for your interest.
I did make a correction in the listing. I mistakenly stated theengine overhaul in 1973 was done at Art Biunker's dealership but it was done at Bob Hindson Racing which is a well known midwest Porsche shop. 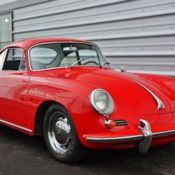 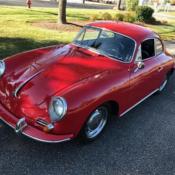 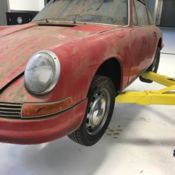 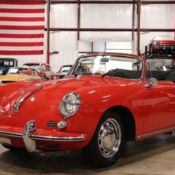 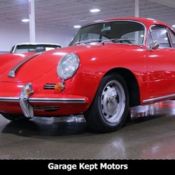 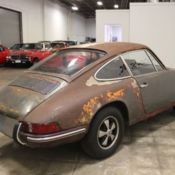 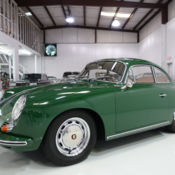 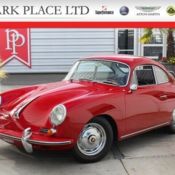 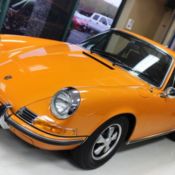 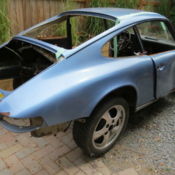