This Beautiful 1974 455 Trans am was originally ordered and sold at Dave Ross Pontiac in Costa Mesa, California. Where the original owner had Dave Ross Pontiac build the car to factory SUPER DUTY specs. Hence the "Y" in the VIN #. The car was sold in 1976 to a man that owned the car until 2014 where it sold at Barrett Jackson in 2014. Car comes with a ton of receipts and paper work DOCUMENTING the 44,000 miles that the odometer read at the time. I purchased this car in 2017 where it sat in a public storage garage with 44,900 miles.
The car drives like BRAND NEW! There are no creaks, rattles or noises. The car handles amazing, shifts like new, starts every time with a bump of the ignition, idle sounds crisp and deep, runs flawlessly. A/C blows nice and cold.Car is original!!Low mileage!!NO RUST!!Paint has some rock chips to be expected with a un restored car of this age.
Interior is a 9/10Paint is a 8/10
Car shows like an original unrestored Trans amTurns heads wherever it goes.
Car isavailable for preview in Dallas TXFeel free to contact if you have anyquestions469-307-6631

"Real L75 455cid Pontiac big block built to Super Duty specifications. Factory air conditioning. California delivered with only 45,000 original miles, mileage not indicated on title. Pontiac Historical Society (PHS) documentation. Real deal California TA with original miles and history since 1974 including the original trade-in sales invoice from 1976 made in Long Beach, CA. Ownership paperwork, receipts and service records dating back to 1976. The original owner's manual also comes with this TA. There are numerous receipts documenting the mileage over the years including in 2009 where it had 41,688 miles, and only just over 3,000 miles put on since. It is very fast and powerful, runs like a top and is a real pleasure to drive. Solid and straight and sounds amazing. Sold new in Costa Mesa, CA. PHS documentation and Window Sticker. Power steering, power brakes and handling package. Chassis is super solid. Mechanically excellent and very fast." 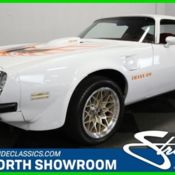 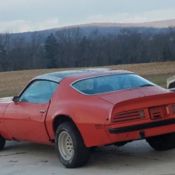 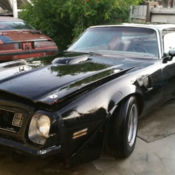 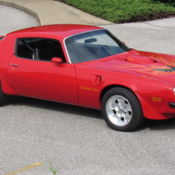 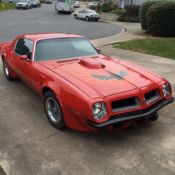 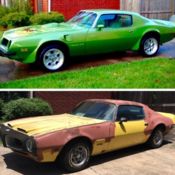 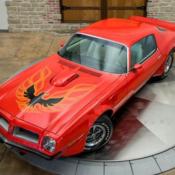 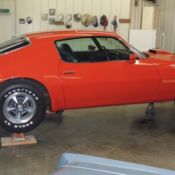 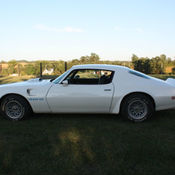 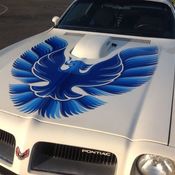