Listing for a close friend and will do my best to help answer any questions you may have. Car is located near Wichita Ks and available for viewing (and possibly test drive). It's been in the current owners possession for a few years now (I want to say 5-8 years). Selling to get down to one car since his retirement.
This is a Rare 1972 Pontiac Ventura II with what we believe to be the correct matching Pontiac 350 Engine and Turbo 350 Transmission. Intake is 2 barrel. No AC but it does have power steering. The heads had been recently removed (within the last year) and milled with new head gaskets, timing gear set, and cam installed.
Last year we had some hail in our area which was also professionally repaired (copies of the repair bill have been attached with names removed). Originals will go to the new owner. Approx $4k was spent in both the repairs (light damage) as well as some additional repairs that were found while they had the car apart. This isn't a show car by any means but a decent looking driver. The front end had been welded together at some point for some unknown reason (the fenders to the valence). I believe it also has the 74 grill (which I like better but it's not the right one for 72). This is not a rust free car but it's not ate up either.
The car drives well though could use an alignment (drives straight but the wheel is a little off). It also has some hesitation if you stab the pedal but runs fine if you feather it in until the rpm gets up a bit. If I kept the car i'd put a 4 barrel, bigger cam, and new carb on it. Would add a lot more fun factor though this 2 barrel setup doesn't do too bad on fuel right now. Even better would be an LS conversion! This is essentially the same car as the Nova's of it's era.
Priced right for someone wanting an older classic car without the high price of most Muscle Cars. Feel free to email me (send question) and ill do my best to help get you an answer! 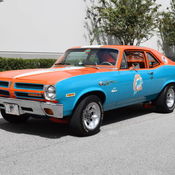 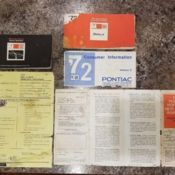 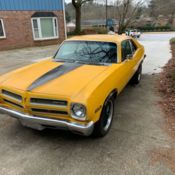 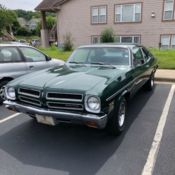 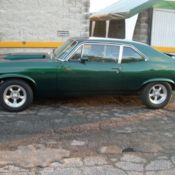 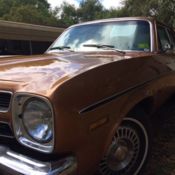 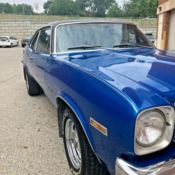 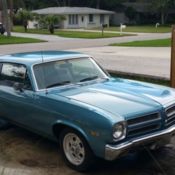 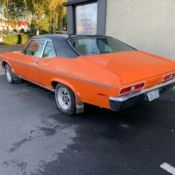 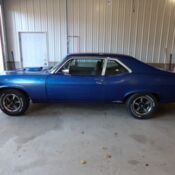