For Sale is a 1966 Pontiac Catalina 2 door hardtop fastback Model 66-25237. The car needs total restoration and has some parts missing, but I have collected all of the parts except the rear bumper. I purchased the car in 1991 (it was parked in the 1980's) with the plans of restoring, but I know now that I'm never going to get to it so it's time to sell, it does have a clear Kansas Title.PLEASE SEE ALL 24 PHOTO'S. The condition is as follows:
Body and Frame: Body is overall very straight and solid, does have some rust in the trunk floor and some other minor body rust, the floor looks very good, I pulled the carpet back on the drivers side (see photo 15) and is still has the original white paint, there is also some body damage as shown in the photo's. All glass is good except the windshield. The auction includes all missing parts except the rear bumper and 2 moldings on the rear glass, the last series of photo's show these parts. The fender is from a Bonneville, it is the same fender except the molding holes. The frame looks straight and solid.

Mechanical: the power train is complete,this has an original engine and everything under the hood looks complete except the radiator (it comes with the correct radiator). I have never tried to start the engine and the condition is unknown, but it has always been closed up with the hood on the car. The engine is a 389 4 barrel 330 Horse Power (engine number 435487 WE), the transmission is a 3 speed manual on the column. Someone cut the upper and lower control arms before I bought the car, but I do have all of the parts to repair including the original wheels, (see the last series of photo's).

Interior: The interior is complete, but is worn and dirty.

Buyer would have 30 days to pick up the car, after 30 days storage of $8.00per daywill be charged. 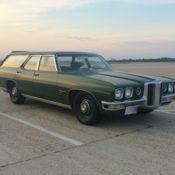 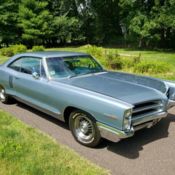 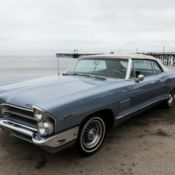 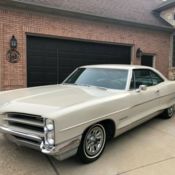 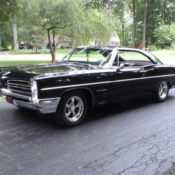 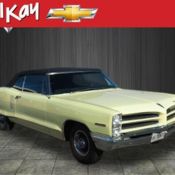 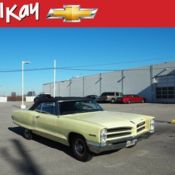 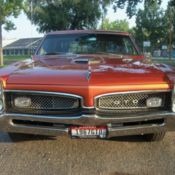 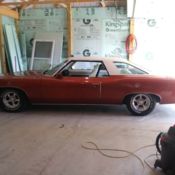 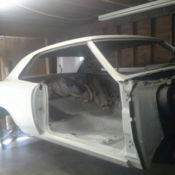