Between 1968 and 1980 Plymouth built the Roadrunner which was a mid-sized car with its only focus being on power and performance. These were low optioned cars with big power. In the beginning you could only get a Roadrunner as a 2-door pillared coupe and it wasn't until later that you could get a hard-top (no pillar) and was not until 1969 that a convertible would be offered. From 68 to 69 the Road Runner was the same look with a few more options available. In 1969 the 383 Cubic Inch was marketed as a 383 Road Runner. This car was purchased back in 1988 from the consignor for $800 with the newspaper ad to prove it. The car sat as a project for some time and then finally finished in early 2000's. In all reality this is a pretty rare car. No, not Hemi rare but Chrysler built under 2,500 convertible Roadrunners and of those only 769 were 4-speeds. It is finished in F8 Green which in my opinion is the best color. This car was restored to be driven to events and as you can see quite a few Mopar Nationals. The car starts, runs and drives very nicely with a nice mix of original and restored parts. The engine appears to be from 1969 but not sure if it is #'s matching. Tires, brakes and electrical is all in good driver quality condition. This car is the desirable N96 coded air grabber hood car. This car comes with original build sheet...What is left of it any way and all receipts and paperwork from restoration. This is a turn key driver that is ready for its next adventure. Furthermore, the Roadrunner in 1969 was Motor Trend Car of the Year which is pretty cool. To restore this car today would cost you double the asking price. 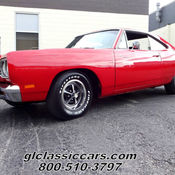 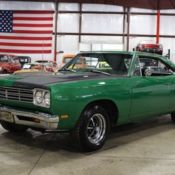 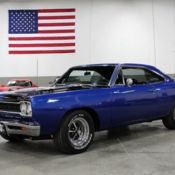 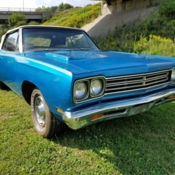 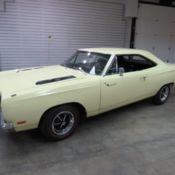 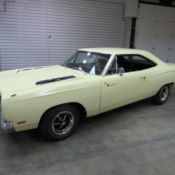 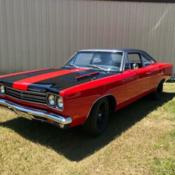 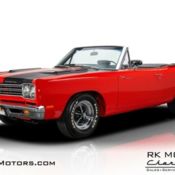 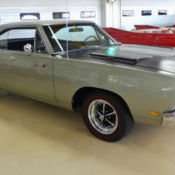 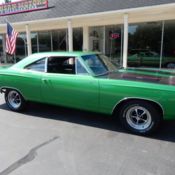