Always a pleasure for AUTOCHOICE to represent classic cars that have been restored to perfection. THEN we have cars like this rare 49 Packard Custom 22 4dr sedan with a straight 8 and 3 speed manual transmission. It is original with exception of a repaint at some point and is considered to be a 20 to 30 foot car. I invite you to scrutinize all181 photos carefully, and you will find this car looks pretty good not perfect, but a good driver. However, one needs to consider it is 67 years old and it is bound to have issues when it original. One part of this car is without a doubt is very nice, the entire interior of the car is new. Yes, the cloth was carefully picked to be exactly the same that came from the factory along with the door covers and headliner and carpets. There has been an investment of over $13,000 spent to get the car to this point. The chrome needs to be updated and re chromed. It drives out satisfactory and makes an excellent parade car. Call Don today to schedule an appointment to view this car for yourself. You will not want to leave until you have purchased it. Call Don at (509) 301-1498 today!FYI you will find the following information about the 22 model of the 49 Packard and the flat-head straight 8 engine.

Packard had survived the Great Depression by doing what major “Three Ps” competitors Peerless and Pierce-Arrow could not do, and that was to build a new factory, design a new car from the ground up and introduce mass-production techniques for a mid-priced automobile to be built alongside the “senior” cars introduced as the 120, as 1935 cars.

Paradoxically for Packard, the savior “cheaper” cars became the millstone over time by diluting the prestige of the marque. Before the Second World War, Packard was still building senior 356 cubic inch inline-eight cars separately from the smaller cars, which ran much smaller inline-sixes and inline-eights of 245 and 282 cubic inches, respectively. To further their competitive condition, Packard commissioned Howard “Dutch” Darrin to develop a new line for mid-1941 introduction known as the Clipper. Bodies were not produced by Packard but contracted to Briggs Body in Detroit in order to save costs. They sold very well, and the cars were brought back postwar and ended up as the basis for all Packard cars, both “junior” and “senior”, with larger cars having longer front ends for the massive 356 inline-eight. This meant that all Packard bodies were now sourced by Briggs, except for commercial hearse and ambulance.

#1 Concours $27,300 Condition #1 vehicles are the best in the world. The visual image is of the best vehicle, in the right colors, driving onto the lawn at the finest concours. Perfectly clean, the vehicle has been groomed down to the tire treads. Painted and chromed surfaces are mirror-like. Dust and dirt are banned, and materials used are correct and superbly fitted. The one word description for #1 vehicles is "concours." #2 Excellent $13,600 #3 Good $7,400 #4 Fair $4,600 About Hagerty's Condition Ratings | About Our Prices 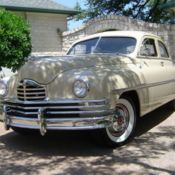 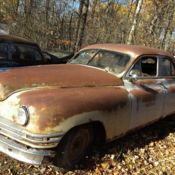 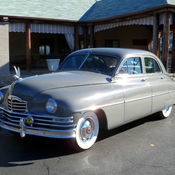 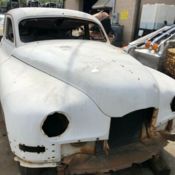 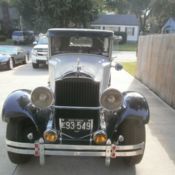 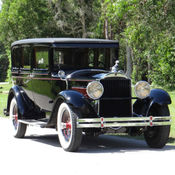 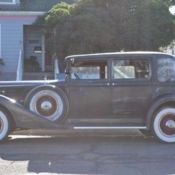 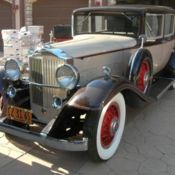 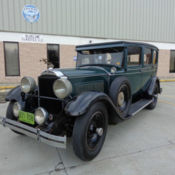 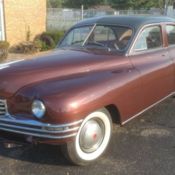