1930 Graham 2nd Series Special Eight. Vin # 622378. 134" inch wheel base. Current Mileage reads 75,254 and based on paperwork it appears the car was probably restored around 70,000 miles. With an Eight cylinder gasoline engine at 298 cubic inch displacement at 100 bhp. 4 speed manual transmission. This car starts easily and runs good. The transmission works as it should. 4 wheel hydraulic brakes work well, tires are in good condition, all gauges and lights are working. This is a very solid, wonderfully elegant big car that looks very good. The interior was completely restored from carpet to headliner as part of the 1994 restoration. This car has rear jump seats and is a 7 passenger car. All 6 side windows open as does the windshield. Thermostatically controlled radiator louvers and all the chrome is perfect. The car comes with many receipts and all items in the photos. According to the receipts and logs the restoration was completed in 1994 and driven very little since. Apparently, not everyone suffered during the great depression.

This 1930 Special Eight 7 Passenger Sedan includes 6 Wire Wheels, radiator louvers, jump seats and a 4-speed transmission with 4 wheels hydraulic brakes. There are a lot of the 6 cylinder 1930 Grahams out there, and a few of the smaller Eights, but it is rare to find any of these Special Eight 7 passenger sedans on the large 134" wheelbase chassis.

Google it. See how many you can find pictures or listings in an internet search. I have found one Special Eight Sedan, a red and black car restored in 1982, which was advertised for sale in Arizona for $45,000. It was the smaller 5 passenger Model "822" which has a 122" wheelbase with wood wheels and a rear mounted spare. No jump seats, No wire wheels, No side mount fenders, No radiator louvers. http://car-from-uk.com/sale.php?id=66431

The oldest information available is the car was owned and registered to a gentleman in Corvallis, Oregon as of 1971. In April of 1977 a very well known CCCA Member and car collector purchased the car at the Portland Swap meet and shipped it to San Francisco. In 1994 he had the car restored and it has been in his collection until he passed away. The 70k mile car had been driven very few miles from the time of its restoration until now and was kept with his collection which was housed in his penthouse in San Francisco. In order to use the vehicle it had to be moved by freight elevator from his collection down several stories to the street.

I have most all of the receipts for parts and labor performed during the restoration process and other car related papers and his notes on when he drove the car, paid for gas and put oil in it. He evidently made constant notes on everything about his cars, passed that on to his mechanic and had any issues he found corrected, and kept track of things even when they were going well.

Based on what I have read, It appears the car was restored in time for a show in Scottsdale Arizona on May 1st, 1994 and he drove the car after its restoration on 6/29/1995 to the San Ramon CCCA Caravan of which he wrote "No overheating despite delays in Caldecott Tunnel", he made this entry and said he had driven it 75 miles that day. On 5/6/1996 he drove it to the Hillsborough Concours de'Elegance.

At the time of restoration the entire interior was replaced with everything new from the carpet to the headliner at a cost in today's dollars of over $10k. The paint was done in Black Lacquer, and all parts inside and out were given new chrome. Too much stuff to list but I have the receipts. Companies involved with the restoration were White Post Auto Restorations, McKee Restorations Services, L&L Antique Auto, Orange County Plating Company, San Jose Plating Works, American Gear & Motor Service, Master Miles Radiator Service, NorthCoast Restoration, Component Finishing Powder Coating, Olson's Gaskets, Metro Classic Car rubber parts, Restoration Specialties and Supply, Baker Upholstery Works. The cost of restoration work for just the interior, paint and chrome would probably cost you over $40,000 and that's not including everything else that was done to this car or the initial cost of buying the car.

Graham-Paigewas an American automobile manufacturer founded by brothers Joseph B. Graham, Robert C. Graham, and Ray A. Graham in 1927. Automobile production ceased in 1940, and its automotive assets were acquired by Kaiser-Frazer in 1947.

The first series 1930 cars were the last to bear the Graham-Paige name. The second series 1930 cars bore only the name "Graham," for "Paige" was reserved for a new line of commercial vehicles. (No changes were made in the corporate title, and the public somehow never accepted the change, continuing to refer to the cars as "Graham-Paige" till the end).

New to the Graham line were the Standard and Special Eights on 122 and 134-inch wheelbases and powered by 100 bhp, 298.6-cubic-inch straight eights: the Standard and Special Sixes on the 115 inch wheelbase. Mild alterations included more sharply veed radiators, a detail shared with headlight and parking light lenses, and a three-speed transmission was installed on the Standard models. The Special Eights like this one, had a four speed transmission. Most notable was the optional availability of non-shattering safety plate glass on any model, an innovation developed in conjunction with Libbey-Owens-Ford, in which the Grahams retained substantial interest.

Graham-Paige production for 1930 followed predictable patterns of the industry: output dropped drastically, to 33,560 for the year, less than half the 1929 high, and the company lost five million dollars. The last Graham was produced in 1941.

You can trust in the quality of this vehicle because it comes from White Glove Collection. We're a world-renownname in the classic car business with customers and clients from Germany to Australia, Bulgaria to Japan, and all cross the United States. Learn more about our showroom and restoration shop as well as our original and reproduction parts business by watching the short video below.

This is a great car to have, just drive it, enjoy it and show it off. Buyer must make arrangements to transport or pick it up.

Car sold as is and has no warranties.

Please call Rick Blomquist at 608-780-8229 if you would like to inspect the car, request more photos, or discuss the terms of sale. All serious offers will be considered. 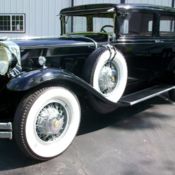 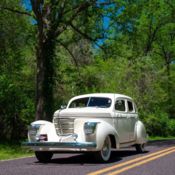 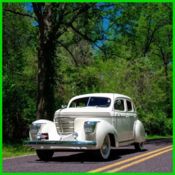 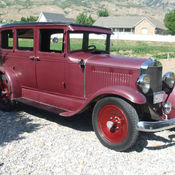 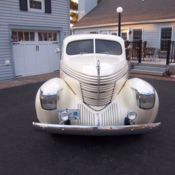 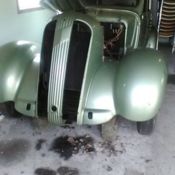 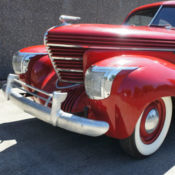 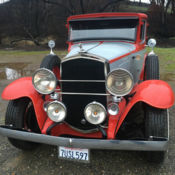 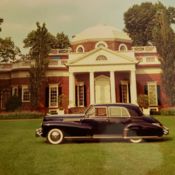 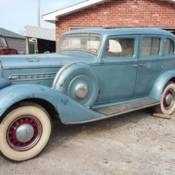