NOW to the moment --- I do not need two MG TF 1500s. The one offered for sale was dismantled to the frame. Then the frame was powder coated satin black. Letâ€™s start the rebuild. The rear end was rebuilt, New shock absorbers, new suspension and new brakes. The body was dismantled. Did I mention there is not one whit of rust on this car. The fenders were chemically dipped and primed. The tub was thrown out. A NEW body tub built by Craig Seabrook and Fred Kuntz of the Whitworth Shop was installed. Every door and joint match flawlessly.

The engine and transmission were rebuilt by Dave Zip of Motor Good Automotive. Stainless Exhaust installed. The front suspension was rebuilt, new shocks, and 6 new radial tires . Then an added bonus the front brakes were converted to disk brakes from an MGB. It stops very well.

The chrome is all new. The new interior is by Moss Motors. There are six dipped, primed and painted chrome wire wheels. The ignition is electronic. No more bad condensers or points. The SUâ€™s were professionally rebuilt.

Now, what remains to be done? ---- The car has the side curtain frames and the hood frame, but not the top, tonneau, or side curtains. The wiring is new BUT the owner forgot to install the pigtail for the dash lights. A new pigtail comes with the car. The interior needs finishing so the hood frame can be installed.

This car is a runner and with NEW or NOS parts it will be a runner for many years. Please email any questions. For a TF 1500 the price is good. 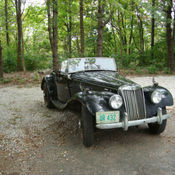 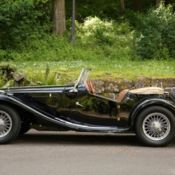 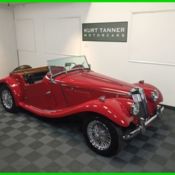 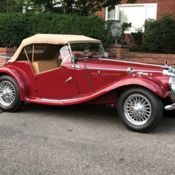 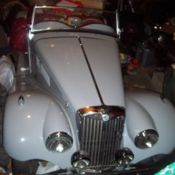 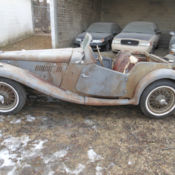 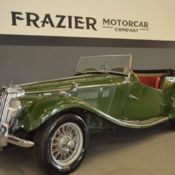 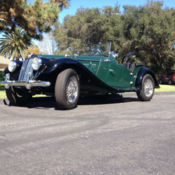 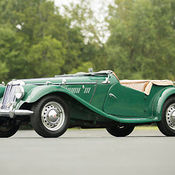 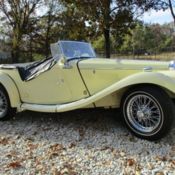